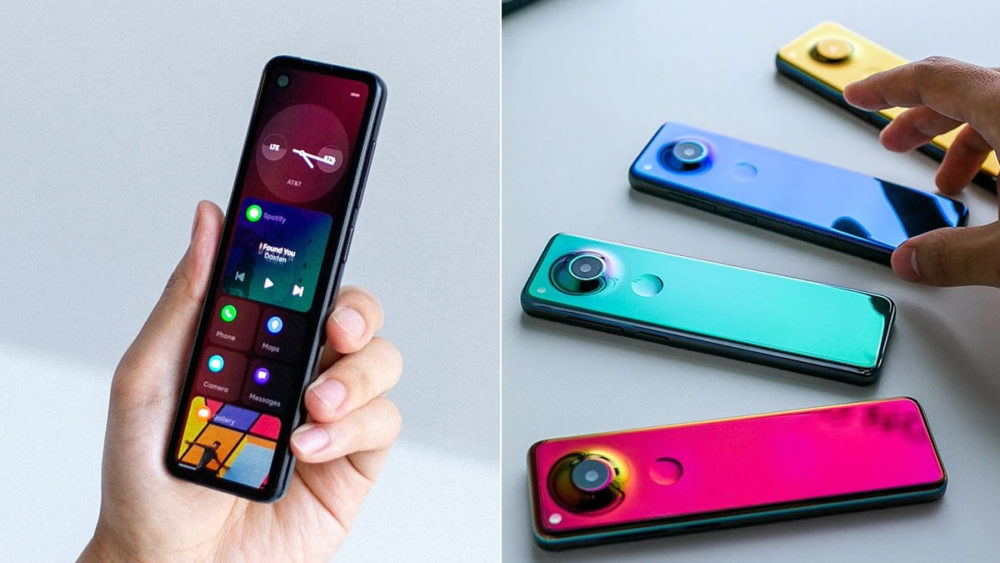 Essential Founder Andy Rubin has Tweeted images of a wild new Smartphone that looks less like a phone and more like a shiny TV remote due to its tall and thin form factor.

We don’t know if it’s the Essential Phone 2 or a different device. All we know is that it looks weird.

This new form factor is taller and thinner than any smartphone we’ve seen. It seems to be running on a new UI designed specifically for this form factor, and Andy hasn’t said anything about what OS this is based on. There is a chance that it might be something entirely new and not Android.

The back of the device flaunts a crazy “GEM colorshift material” that takes color gradients to a whole new level. It is a highly reflective material that changes color when the phone is tilted back and forth.

As for the hardware, there is a massive bump at the back which seems to be housing a single camera. The punch hole in the front is most likely for the selfie camera and there could be a fingerprint sensor in the dimple at the back. Even with its tall form factor, the device is actually quite small and has thick bezels all around.

There are no specifications revealed yet, and since the device is still in early stages, it’ll probably be a month or two before we hear more about it.