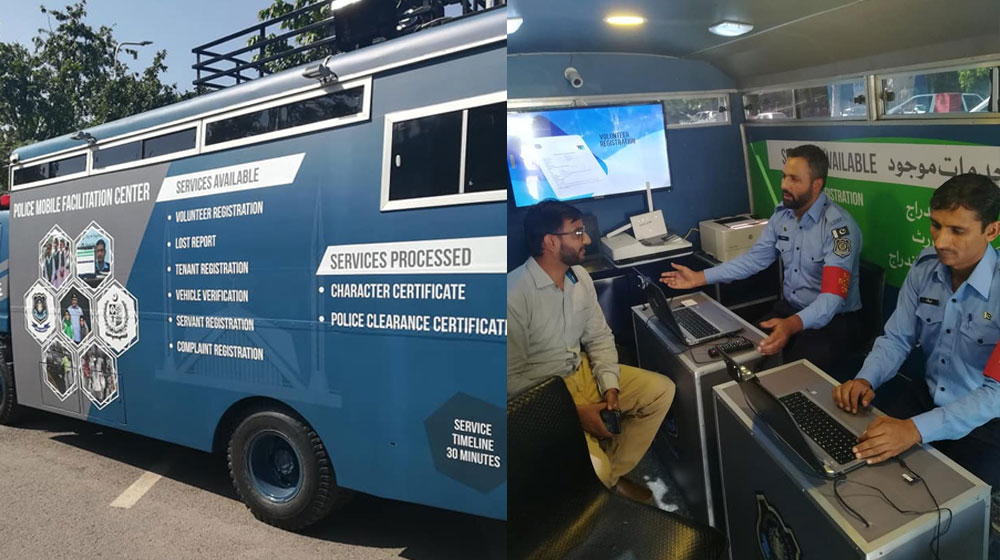 On the directives of IG Islamabad Police, Mohammad Amir Zulfiqar, a mobile van will now visit various sectors of the capital city, noting people’s complaints related to snatching and mugging.

Previously, the process was hectic, and people avoided the hassle of visiting police stations for registering their complaints. But now, the police will be at your doorstep to heed your complaints.

The residents of Islamabad are appreciating the initiative saying that it will bridge the gap between the police and citizens.

Besides, the Mobile Facilitation Vans will ensure fast-track redressal of complaints related to lost and snatching reports, vehicle verification, among others. Moreover, people can receive their character certificates and police clearance certificates on the spot.

Here is what the Police Mobile Facilitation Center Offers:

Further information and the schedule of the facilitation vans will be updated soon.

It is noteworthy that the ICT police has recently set up a special desk for overseas Pakistanis in the federal capital to cater to their problems.

The ICT citizens’ facilitation center in F-6 is offering a one-stop solution for their problems, including vehicle verification, provision of driving licenses, and a copy of the First Information Report (FIR) lodged in any police station.