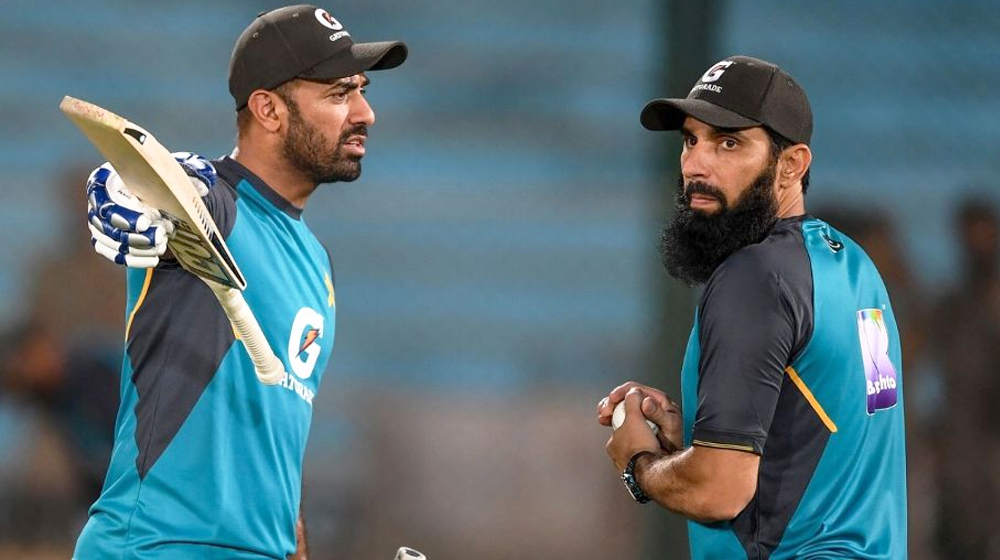 After Pakistan’s disappointing end to the World Cup 2019 campaign, the Pakistan Cricket Board (PCB) made the decision to revamp the team management and say goodbye to Mickey Arthur and co.

Despite criticism from many former players and other experts, PCB opted to appoint Misbah-ul-Haq as the head coach along with the chief selector of the national team.

After evaluating Pakistan’s performance against Sri Lanka throughout the one-day internationals (ODIs) and T20Is, it is clear why many opposed the idea of Misbah in a dual role.

From team selection to execution, Pakistan failed to impress or as Sarfaraz Ahmed put it in the post-series interview, ‘failed in all departments.’

Here are some of the key talking points from the series against Sri Lanka.

Team Selection – All Over the Place

Historically speaking, Pakistan tends to perform well in a match when their top-order flourishes. However, the first few signs of pressure and everything suddenly falls apart.

In the second ODI, Fakhar Zaman and Imam-ul-Haq made a solid opening partnership followed by a brilliant century by Babar Azam. The result? Pakistan won the match in a convincing manner.

Similarly in the third and final ODI, Fakhar Zaman and Abid Ali made a superb start and Pakistan found a way to register a narrow victory in that match as well.

Moving on to the shortest format of the game, one that Pakistan has dominated for so long, the Greens got whitewashed in a three-match series.

The changes in the team are one of the major reasons as to why that happened; in all three matches, Pakistan had a different combination of top-three batsmen.

In each of the T20Is, Pakistan struggled because they failed to have a strong opening partnership stand. That’s when your middle-order and lower middle-order has to step up, where Pakistani players failed miserably.

Sarfaraz Ahmed has been heavily criticized for not fixing his batting position and he remained Pakistan’s no. 4 throughout the T20I series but failed to have any impact. He accumulated 67 runs in three T20I matches against Sri Lanka.

Shadab Khan, who’s arguably Pakistan’s future star, was pushed down to 8th position in the batting order. Instead of polishing his batting skills, the management remains keen on finding a middle-order batsman in the shape of Iftikhar Ahmed or Asif Ali.

It is understandable that all players should be given a fair chance but rotations after every match are not only a counterproductive move for the team but also for the players, leaving them with tainted morale.

Additionally, the primary focus should always be to win and not ensure that every squad member has received apt time to play. Hence, the erratic team changes played a huge role in Pakistan losing all three matches.

Pakistan has tried and tested the likes of Umar Akmal, Asif Ali and Sarfaraz Ahmed in the shortest format of the game and they are clearly not fit for the team. Although Sarfaraz is the captain of the team, his batting order needs to be lower than Shadab Khan and arguably Imad Wasim as well.

Shadab and Imad both have the potential to become terrific all-rounders but their batting skills have been neglected massively throughout their international careers.

In addition to that, Haris Sohail needs to become a regular no. 3 for Pakistan in T20Is whereas Babar should be given the license to attack while opening from the get-go.

If Fakhar Zaman’s form does not become consistent then replacing him with Imam-ul-Haq should be considered, especially since he performed extremely well in the Pakistan Super League (PSL) 4. This will also enable Imam to become more aggressive and can ultimately lead him to become a well rounded one-day player as a whole.

This was not the first time the Pakistan team stepped into the ground without a bowling plan in mind. Shadab’s performance was perhaps the worst out of the bunch as he was dispatched all around the park by the relatively inexperienced Sri Lankan side.

Here is how Shadab performed in the series:

Following the conclusion of the series, Misbah-ul-Haq also pointed out that Pakistan need more from Shadab Khan, being the primary spinner and a wicket-taking option. All the wickets Shadab took throughout the series held little significance bar the wicket of Rajapaksa in the 2nd T20I where he looked extremely dangerous.

In the fast-bowlers department, Pakistan did not look threatening either. Wahab Riaz and Mohammad Amir, both, struggled as well. There seemed to be no plan imposed by the bowling coaches. The approach was highly passive, something which Ramiz Raja was afraid of when Misbah was appointed.

It remains to see how Pakistan can work around these problems and improve their performances. Losing 3-0 in T20Is on home soil is not an acceptable result by any stretch of the imagination.