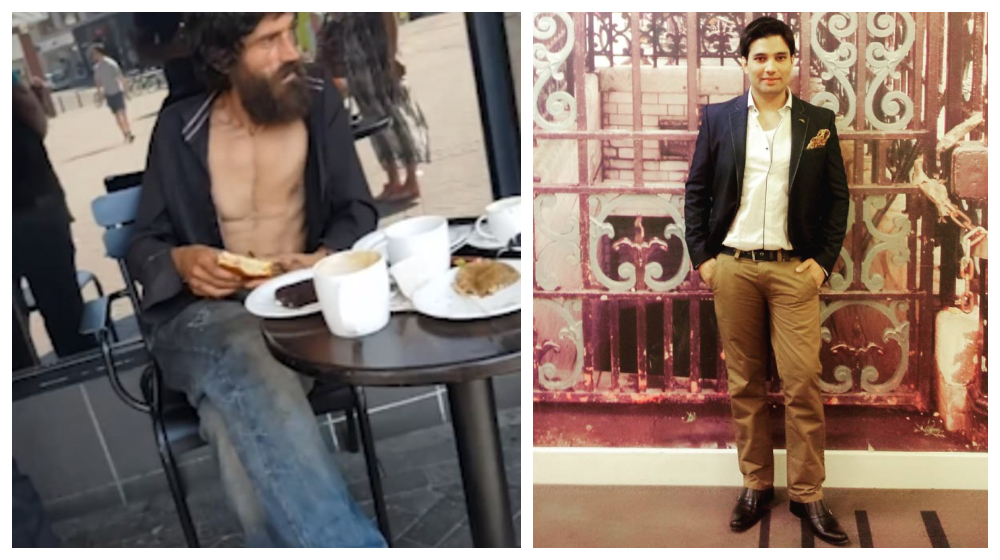 Renowned coffeehouse chain, Starbucks has been forced to issue an apology after a video uploaded by a Pakistani man, Sajid Kahloon – who hails from Gojra – has gone viral on social media.

The homeless man had walked into the coffeehouse asking for leftover food when Sajid bought him his lunch. He took the food and started eating it outside sitting area when the staff asked him to leave.

That’s when Sajid interrupted the staff, asking for a reason as to why he was being forced to leave despite the fact that his meal had been paid for.

Why can’t he have a seat, is he not human?

“The food has been bought, it has been paid for and if food is being paid for and he is eating, what is the problem?”, he argued with the staff. He filmed the whole episode and later uploaded it on social media where it was viewed by thousands of people, forcing the coffee chain to apologize for their staff’s behavior.

The interaction on video is not indicative of the environment we strive to create. We are looking into the circumstances surrounding this customer’s experience and will take appropriate action to ensure our stores remain welcoming places for everyone.

“We want every customer to have a positive experience, and we apologize that we did not meet that expectation in this instance”, the statement further read.