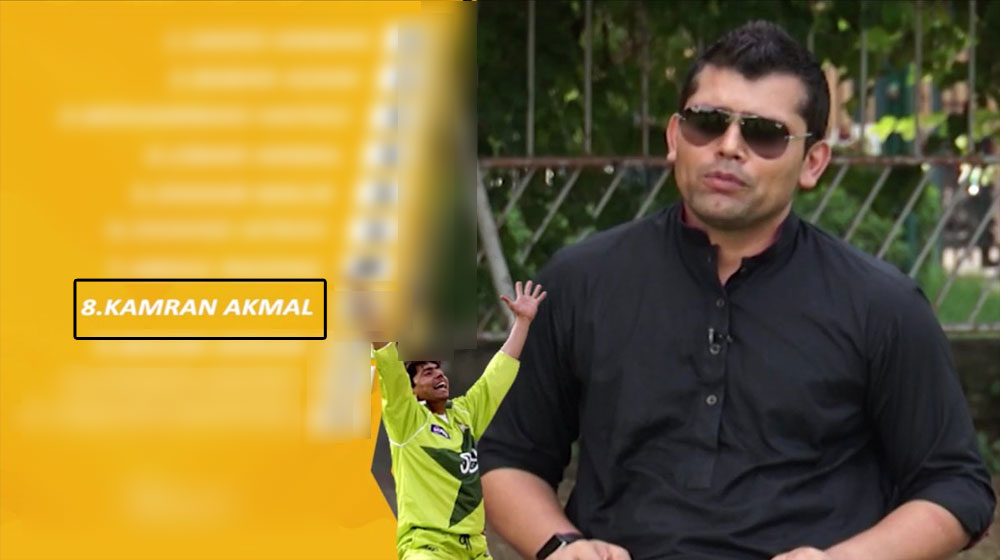 Pakistan’s wicket-keeper batsman Kamran Akmal has revealed his all-time Pakistan ODI XI and fans are having a go at it.

The elder Akmal brother has promoted Babar Azam as an opener alongside Saeed Anwar but ignored the likes of Rameez Raja and Aamir Sohail.

While there is no place for Javed Miandad, Mohammad Yousuf, and Younis Khan, Kamran has included Mohammad Hafeez and Shoaib Malik in the middle order alongside Umar Akmal and Shahid Afridi.

Pakistan produced many quality wicket-keepers in the past, including, Waseem Bari, Moin Khan, and the great Rashid Lateef. However, instead of picking from the best of the lot, Kamran thinks he’s the best wicket-keeper batsmen to have ever played for Pakistan.

While Kamran has included three of his family members (himself, Umar, and cousin, Babar Azam), people are asking as to why he hasn’t included Adnan Akmal – the only brother left out.

What are your thoughts on Kamran’s all-time ODI XI? Let us know in the comments section.