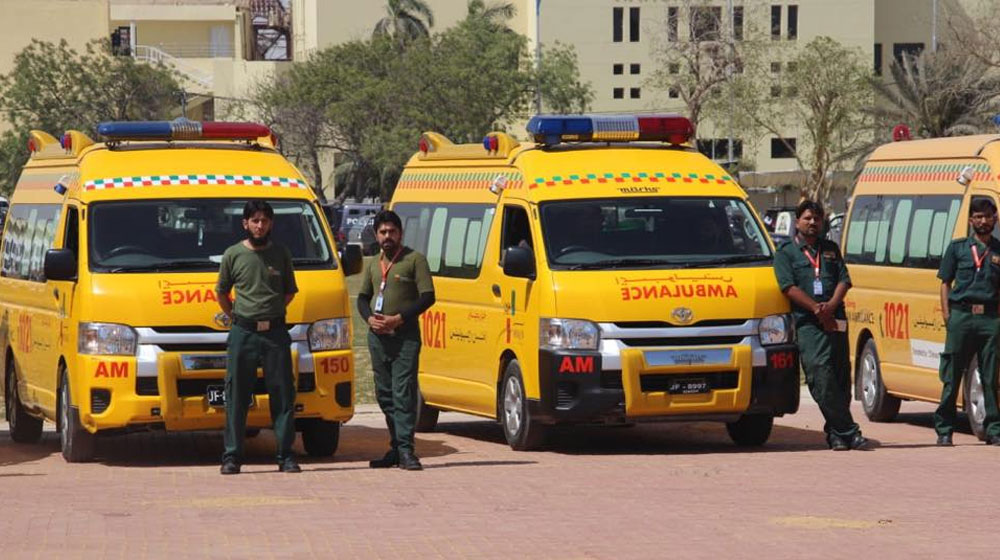 The Aman Ambulance service has temporarily halted its operations due to a lack of funds from the Sindh government. Their emergency number ‘1021’ remains active on the recorded message.

According to an official of the ambulance service, the Sindh government has not released funds in the last few months, which compelled them to cut the fleet and service before finally suspending it completely. He added that they have been unable to pay staff salaries for four months.

The director healthcare services of the Aman Foundation, Khaqan Sikandar, said that the ambulance service will be resumed as soon as they receive funds.

The adviser to Sindh Chief Minister, Murtaza Wahab, in a video message, rejected the perception that the ambulance service had been shut down.

He said that a summary related to the funds is on CM Murad Ali Shah’s table, awaiting his approval. He said that the Sindh government wants the service to continue and hoped that the funds will be released soon.

Aman Ambulance is the product of a public-private partnership between the Aman Foundation and the Sindh government. As a result of this deal, the Sindh Medical and Rescue Service was renamed as Aman Ambulance. The rescue service heavily relies on government funding.