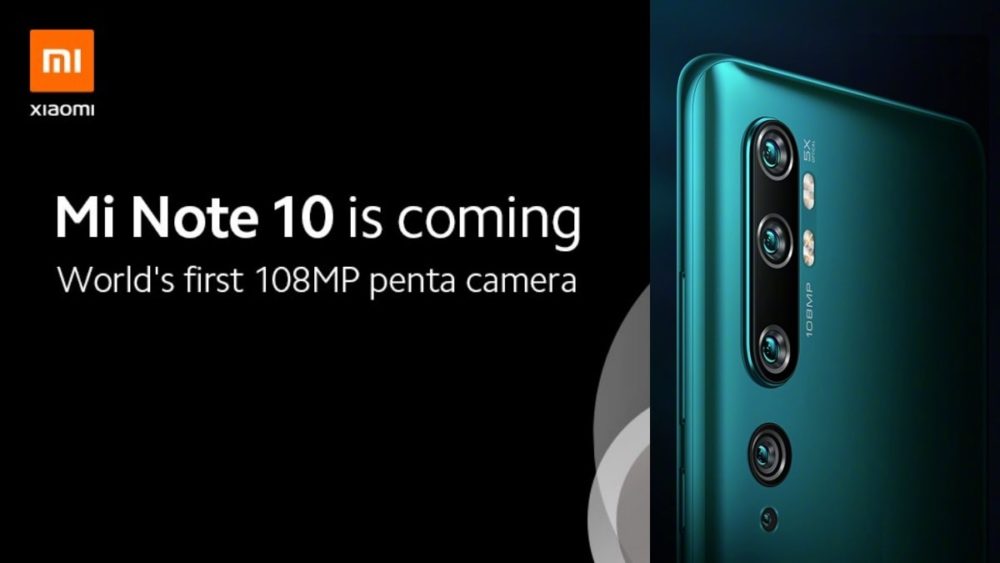 Xiaomi just revived its Mi Note lineup and got the Mi Note 10 and Mi Note 10 Pro certified in China, which means the Smartphone will be released internationally. The Chinese giant, via its official twitter account, revealed the first official teaser of the smartphone.

The teaser states that the Mi Note 10 Pro will be the world’s first 108 MP Penta Camera phone. If you remember, we just reported that Mi CC9 Pro due launch 5th November will be the first commercially available smartphone with a 108MP camera.

Based on this, it is not wrong to speculate that the Mi Note 10 will be the international version of Mi CC9 Pro. However, contradicting this speculation, Mukul Sharma recently tweeted saying that the two Smartphones will be pretty similar but will feature different processors.

Apart from this, both the smartphones are expected to arrive with a 6.5-inch FHD+ AMOLED display with a waterdrop notch, an under-display fingerprint sensor, a 32-megapixel selfie camera, up to 8 GB of RAM and 256 GB of onboard storage, a massive 5,170 mAh battery and MIUI 11 based on Android 10.

The release date for Mi Note 10 is still under wraps.