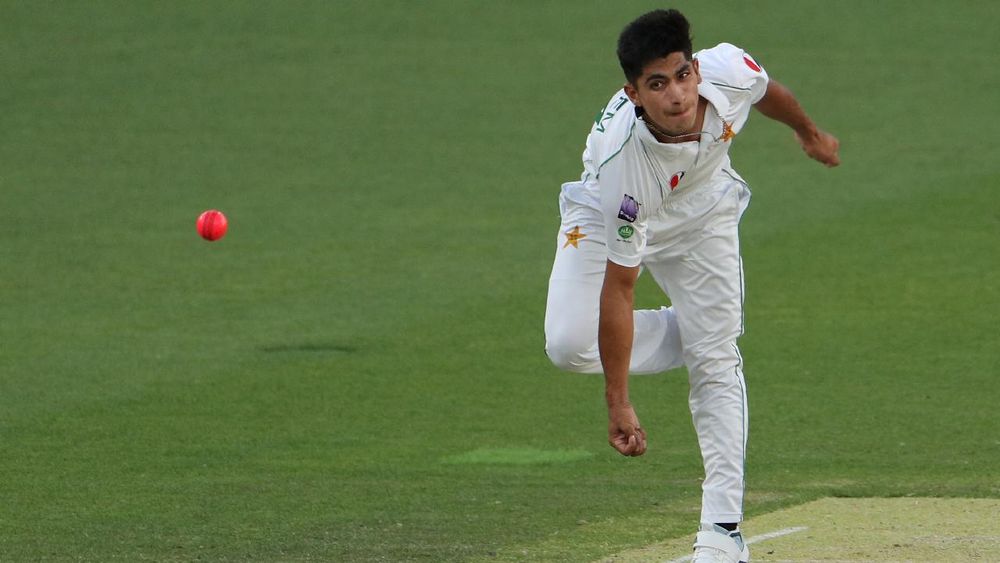 After much anticipation, the Pakistan selection committee has decided to hand the 16-year-old schoolboy Naseem Shah his debut against Australia in Brisbane on Thursday.

Naseem Shah made strides in Pakistan’s domestic circuit and was called up for the Pakistan squad touring Australia.

Despite having options in the bowling department, Azhar Ali has backed Naseem to perform well in Australia.

He’s bowling really well. We will announce the side tomorrow but he [Naseem Shah] will definitely be a part of it.

Not many players can reach that standard so early but there are exceptions and he’s one of them. We are all looking forward to him having a very successful career. When I saw him first, I was so surprised at the control he had and the pace he had and, on top of it all, the temperament and the composure when he bowls is so exciting to see.

With only 7 first-class matches under his belt, Naseem Shah will come face-to-face against the world’s toughest batsmen in the shape of Steve Smith and David Warner.

The good thing about him is he’s very fit. I have captained him in first class matches so he has overs in his belt. I have no doubt in his fitness or his bowling.”

Currently, Ian Craig holds the record as the youngest Test debutant in Australia after taking the field at the Melbourne Cricket Ground as a 17-year-old against South Africa in 1953.