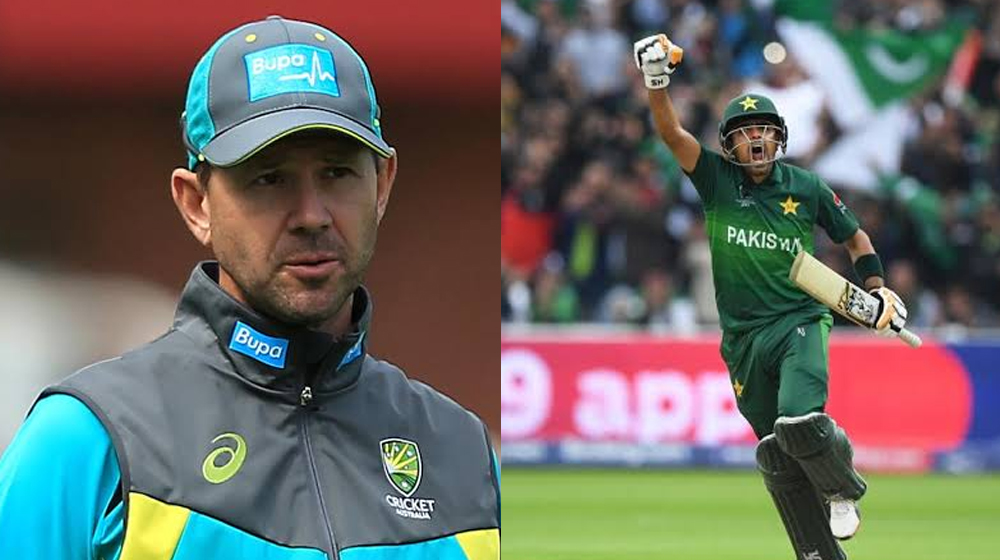 Former legendary Australian batsman Rickey Ponting has praised Babar Azam for his extraordinary skill and has said that he cannot wait to see him perform against Australia.

Pakistan will play a two-match Test series down under starting from 21st November.

The former Australian captain, who led his team to back-to-back World Cup victories in 2003 and 2007, labeled Babar Azam a “classy player”.

In an interview with cricket.com.au, Ponting said:

We haven’t seen the best of him yet. Twenty-odd Tests for an average of 35 – he’s better than that. He averages 54 in one-day cricket at a strike-rate of about 90. He’s a very, very classy player. He’s a really exciting talent and probably the guy I’m looking forward to seeing the most this summer. I have seen the Aussies a lot and I’ve seen a lot of the Kiwis, but I’m really excited to see him. He could be anything.

He recalled Babar Azam’s outstanding knock against Australia in the World Cup at Taunton and said:

He looked like he was playing a different game. As soon as we over-pitched, he banged it through the covers or banged it down the ground. And when we dropped short, he got onto that pretty quickly as well.

Babar Azam will look to make an impact in the Test series and continue his terrific run of form in 2019.