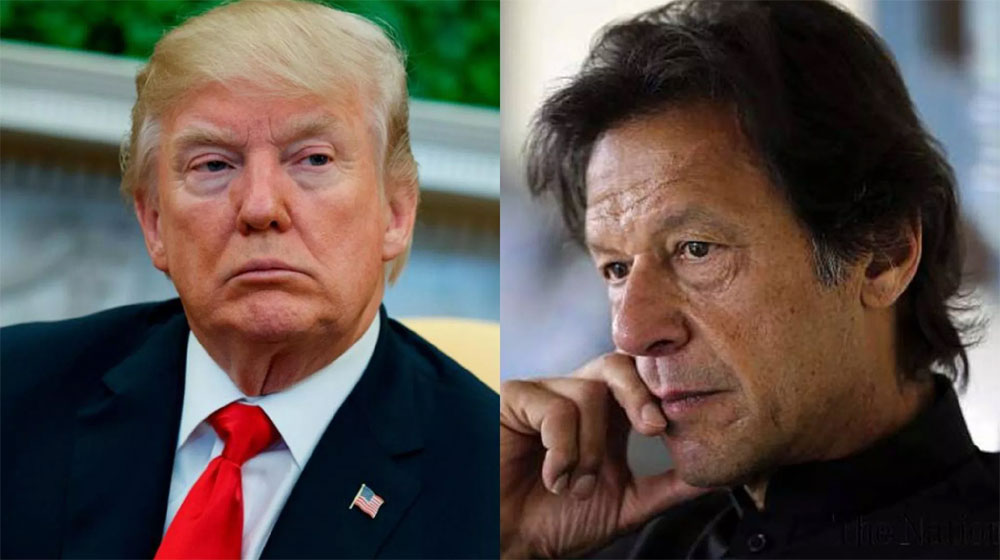 The trade ties between Pakistan and the United States are set to witness a new record this year as U.S. President Donald Trump and Prime Minister Imran Khan have reaffirmed their commitment for a stronger relationship, said the White House.

The two leaders reaffirmed their commitment to strengthening the United States-Pakistan trade relationship, which is on track to set a new record this year, as well as investment and people-to-people ties between our countries.

The relationship between Pakistan and the U.S. has was rejuvenated after Prime Minister Imran Khan assumed office last year. Later, the meeting between Imran Khan and President Trump in Washington this July gave a positive dimension to the otherwise roller-coaster bilateral ties as the discussion featured Trump’s mediation offer on Kashmir.

In a joint press conference at White House the same day, Prime Minister Imran Khan informed President Trump of a “good news” in the offing, which was interpreted by media as related to the release of American and Australian professors abducted by Taliban in Kabul, Afghanistan two and a half years ago.

After the release of two professors this week, President Trump called to thank Imran Khan in view of facilitation extended by Pakistan.

The PM Office stated that “President Trump hopes this positive development will contribute to furthering the peace process in Afghanistan,” adding that he also thanked the Prime Minister for Pakistan’s efforts in facilitating this positive outcome.

Prime Minister Imran Khan conveyed that the release of Western hostages in Afghanistan was a “positive development and Pakistan was happy that they were safe and free.”

Prime Minister reaffirmed Pakistan’s commitment to the advancement of Afghan peace and reconciliation process for a peaceful and stable Afghanistan. Both leaders agreed to continue to work together for the promotion of this shared objective.

The PM apprised President Trump of the current situation in Indian Occupied Jammu and Kashmir, underscoring that over eight million people have been under siege for over 100 days.

Appreciating President Trump’s continued engagement as well as mediation offer, Prime Minister Imran Khan stressed that the President must continue his efforts for the facilitation of a peaceful solution of the Jammu and Kashmir dispute.

Recalling their conversations in Washington and New York, the two leaders agreed to deepen bilateral collaboration, including at relevant multilateral fora.

According to PM Office, the two leaders agreed to remain in close contact.