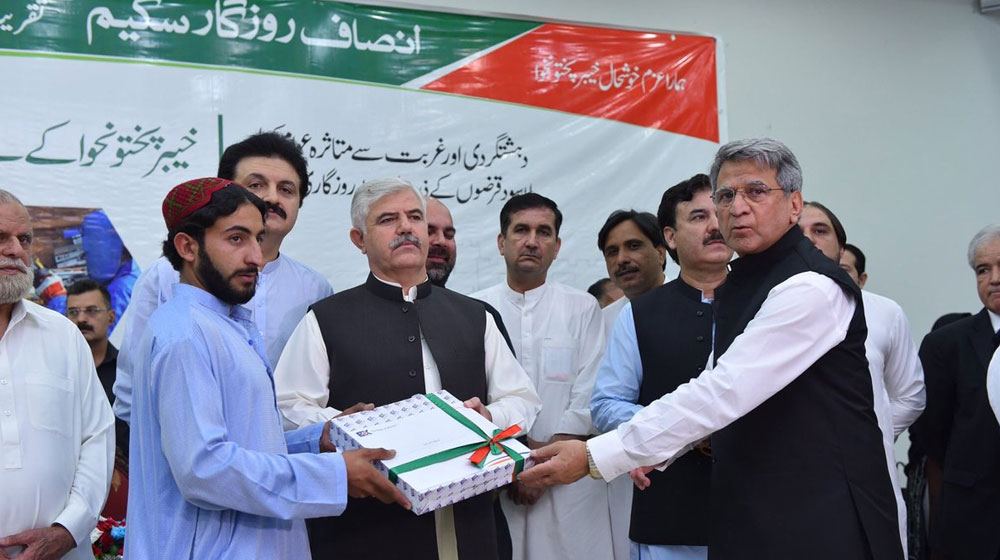 The Khyber Pakhtunkhwa (KP) government is going to introduce an interest-free loan program ‘Insaf Rozgar Scheme’ for the youth.

The provincial cabinet on Thursday decided to use the leftover funds of Rs. 2 billion from the ‘Khud Kalafat Scheme’ to launch this initiative across the province.

However, the merged districts of FATA, where the government launched a similar scheme earlier this year, will not be eligible.

The program aims to encourage youth to start their businesses, control unemployment, and reduce poverty.

The youngsters will be able to acquire interest-free loans ranging from Rs. 50,000 to Rs. 500,000 under this program. They will have 33 months for repayment with a grace period of three months.

As per the details, funds will be distributed to districts under the Provincial Finance Commission Award. 78 percent of funds have been allocated for men while 20 percent for women and the remaining two percent for special persons.

Any permanent resident of the districts aged between 18 and 50 with an executable business idea can avail a loan. The borrower must have a clean credit history.

Note that the former KP government launched the Khud Kafalat Scheme in January 2014 and a total of 22,454 businesses received loans under the initiative.

Earlier in August, the provincial cabinet had discussed to utilize the funds in the tourism and youth affairs department. However, the government had a change of mind during a recent meeting where the details of the IRS program were discussed.

The program is expected to be launched next month.