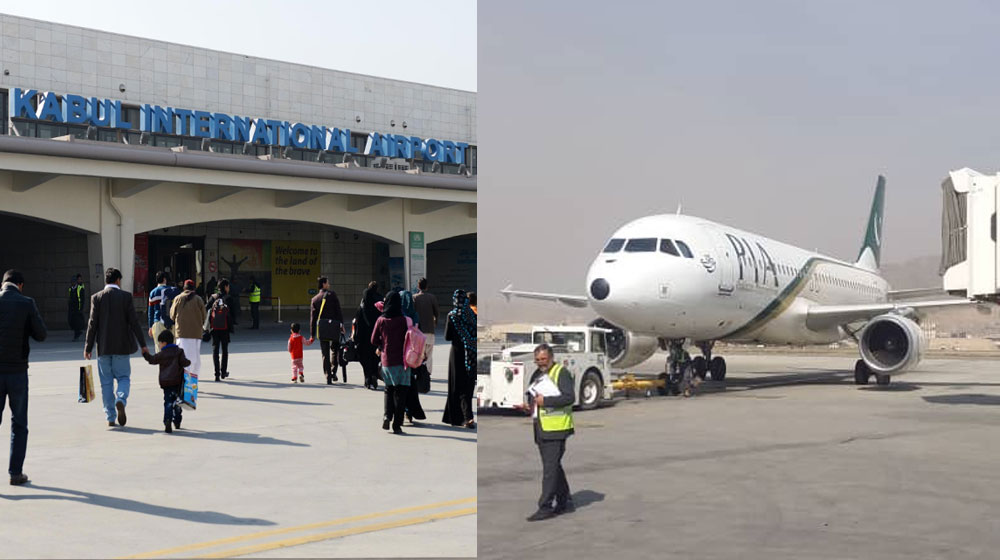 Afghan authorities have finally allowed Pakistan International Airlines (PIA) flight to take off from the Kabul airport after halting it for two and a half hours.

The Kabul-Islamabad PK-250 flight was ready to take off with 162 passengers on board, but the airport authorities in the Afghan capital denied clearance.

Just In: After being made to wait at the Runway for over 2 and a half hours, with 162 passengers, PIA’s PK-250 departs for Islamabad from Kabul after intervention of Pak diplomats @zahidnaskhan @AakaKhan – #Kabul airport authorities had earlier refused fly permission to aircraft. https://t.co/q4lpchVZNZ pic.twitter.com/jjAIR9CEt2

The flight was scheduled to depart at 11:40 am but was allowed to take off at around 2:12 pm after the intervention from higher authorities.

While Kabul authorities said that the delay was due to runway maintenance, Gulf airlines were allowed to use the same runway an hour before PIA’s ATR.

Just In: PIA A-320 aircraft with 162 passengers onboard stranded at Kabul airport after Afghan authorities deny permission for it to use the bigger 111 Runway. The same runway is being used by Emirates and Fly Dubai A-320, passengers currently stuck inside, diplomatic sources say

The matter resolved only after Foreign Minister Shah Mehmood Qureshi took it up with the Afghan counterpart in Istanbul, Turkey. The leadership of the two countries is attending the two-day Heart of Asia Conference there.