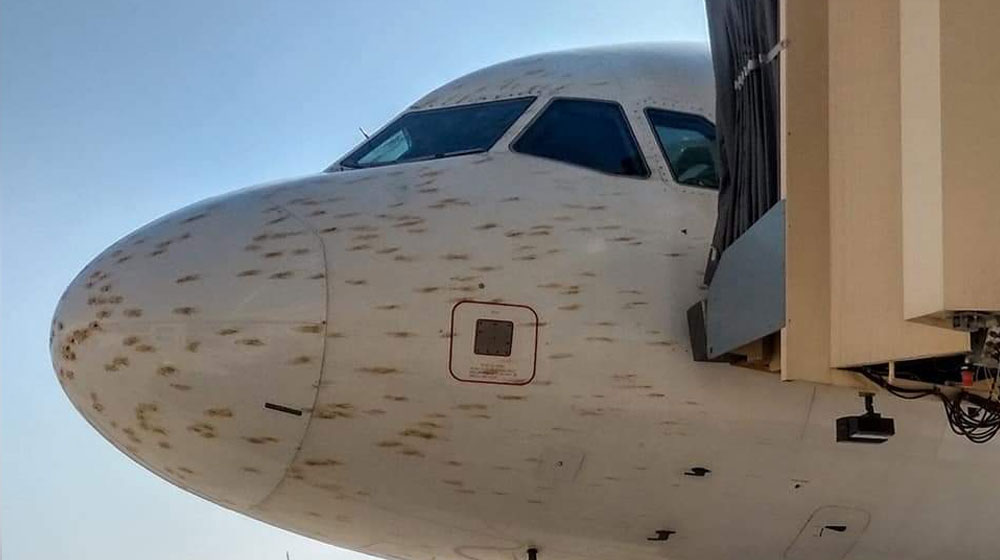 A Pakistan International Airlines (PIA) aircraft received a new paint job after it flew through a swarm of locusts during a domestic flight.

Airbus 320 was operating a flight PK301 from Karachi to Quetta when it was struck by a huge number of bugs at the time of landing. While the flight made a safe landing, the swarm of locusts grazed its nose and cockpit windows.

The Airbus was briefly grounded for examination, but no abnormalities or damage was identified. However, the incident caused minor denting, and a paint job similar to British Airways ‘Golden Dove.’ 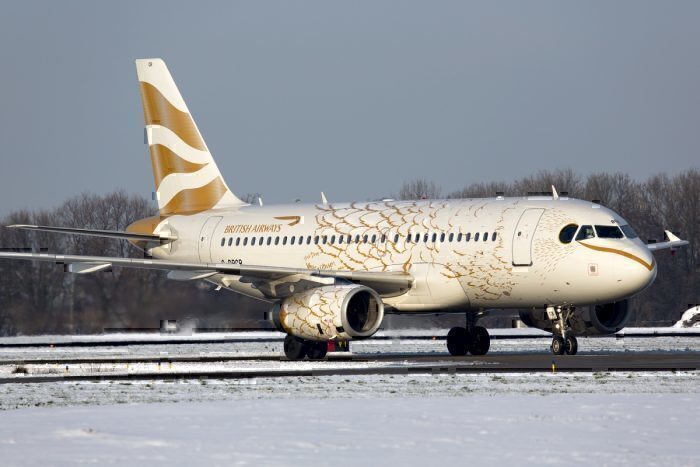 This new look of PIA’s Airbus 320 resembles the British Air’s A320-200 which has a “Dove” livery. While the British carrier paid a hefty amount for this special paint job, PIA got it free from the Mother Nature.

As per Civil Aviation Authority (CAA) officials, locust strikes are regular occurrences in Quetta and the authority uses anti-locust sprays to prevent such incidents at the time of landing or takeoff.