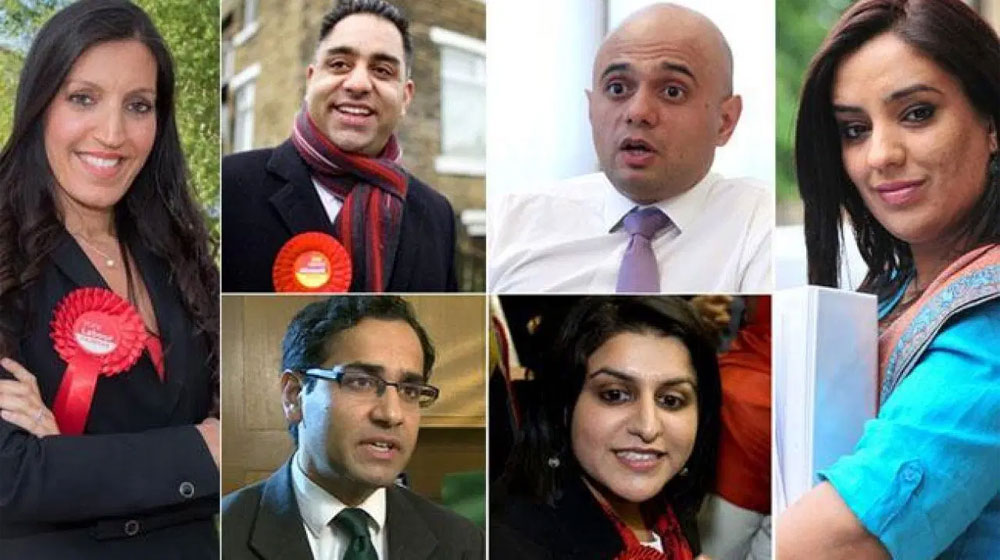 Sajid, who served as the Finance Minister in Boris Johnson’s cabinet, has not only retained his seat but also increased his votes by 6,533 votes. He was elected as a Member of Parliament (MP) from Bromsgrove.

The other Pakistan-born successful candidates from the winning Conservative Party include Rehman Chishti, who was elected for the fourth consecutive term from his hometown, Gillingham; Saqib Bhatti from Meriden, Nusrat Ghani from Wealden, and Imran Ahmed from Bedfordshire.

A majority of British politicians with Pakistani background were supporting the runner-up Labour Party. Those who got elected on Labour Party’s tickets are:

Over 70 British-Pakistanis were contesting elections on Conservative, Labour and Liberal Democrats parties’ tickets, while some of them participated in the elections as independent candidates.