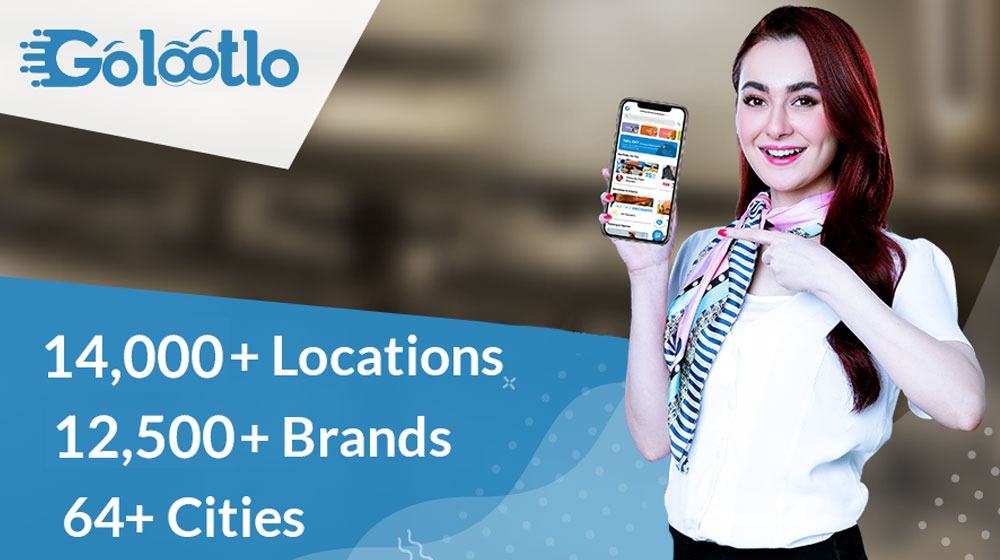 Golootlo has been rapidly increasing its foothold in the retail space with its discount offerings popping up seemingly everywhere. But what exactly is Golootlo and why should you care?

Put simply, Golootlo is an app that will save you a lot of money. It will get you access to exciting events for free, and even give you the chance to regularly win sizeable rewards.

Golootlo is Pakistan’s first and largest QR-based discount app. The discounts are substantial and prevalent, being offered by thousands of merchants across 65 cities in Pakistan. Other companies have offered discounts in the past, but Golootlo has struck a chord with consumers due to its effortless discount claiming process.

The discounts span across numerous domains- salons, restaurants, apparel stores, gyms, clinics, hotels – these are just a few of the businesses where Golootlo is available. Here are just a few prominent discounts:

Additionally, there are also some noteworthy offers at establishments such as Pie in the Sky, GreenO, Hardees, J., Baskin Robbins, Almirah and many more. In total, Golootlo offers discounts at 12,500+ merchants nationwide. The process of claiming said discounts is quite simple. Customers only need to have the Golootlo app installed on their iOS or Android phone. Then, by simply scanning the Golootlo QR code using the app at their preferred restaurant, store, spa, etc., they can get a big chunk off their bill.

Being a part of this ecosystem also grants users access to numerous high-profile events. You can get free cricket match tickets and free entry to third-party events. Golootlo even routinely hosts star-studded concerts and events itself which customers can attend without spending a single rupee. Recently, the company hosted a concert featuring three superstars – Ali Zafar, Sajjad Ali, and Atif Aslam – in Karachi and offered entry to Golootlo members free-of-cost.

The free value doesn’t end there, Golootlo also regularly offers its users the chance to win big. The company has given away a plethora of cash prizes and travel rewards to its loyal patrons in the past and continues doing so.

There are regular contests held via radio, TV, social media which offer amazing prizes to a few lucky participants. In the past, the company has awarded 20 lucky winners with an all-expenses-paid trip to watch the PSL match in UAE. During the ICC World Cup 2019, a few lucky people were also flown to the UK to experience live cricket world cup matches. And on the Jeeto Pakistan TV show this Ramadan, Golootlo awarded 1Lakh Rupees Eidi to one participant every day of the month.

The company came into being two years ago and it has grown at a formidable rate in the first year, but with the advent of its QR-based discount app in January, the company quickly catapulted into becoming the fastest growing business in Pakistan. In less than a year, Golootlo reports it has processed an astounding 1.5 million+ discounts.

So what’s the philosophy behind providing all this exceptional value? Golootlo is devoted to making activities usually reserved for the upper class – regularly dining out, attending concerts, festivals, and shopping at premium brands – accessible to the common person. It’s all about giving the customer the power to make choices at their own price and enabling them to do things otherwise not within reach.

If you want to take advantage of all this, simply head on over to the iOS or Android app store and download the Golootlo App. For a detailed breakdown of how to use the app, click here.