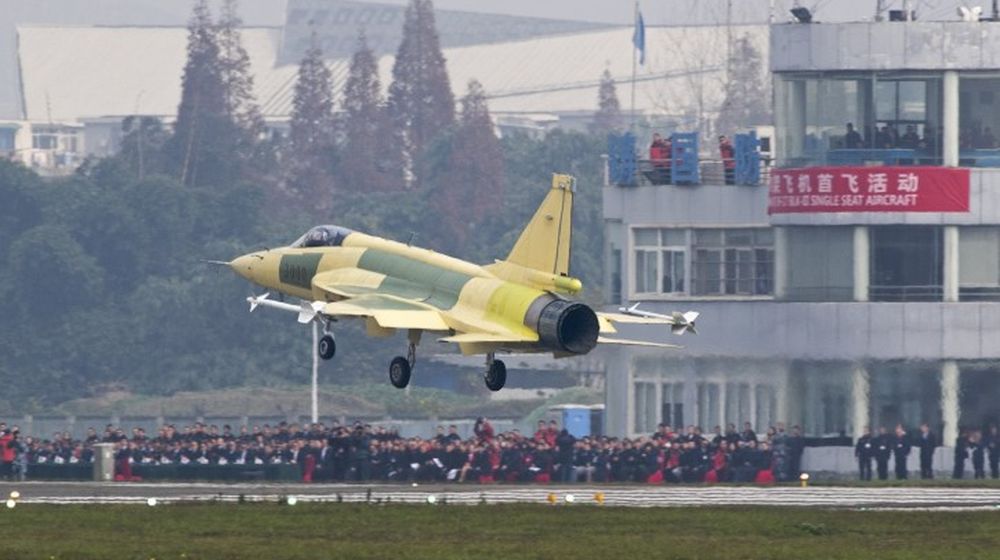 The pictures reveal slight modifications to the airframe design, which is almost similar to that of JF-17 Block I and Block II. The slight changes at the rear include a vertical stabilizer, a slightly enlarged spine, and integration of sensors to the vertical stabilizer and side inlet areas.

According to QUWA, a news and defense analysis group, it can be either radar warning receivers (RWR) or missile alert warning systems (MAWS), or both.

While the prototype tagged with a serial number 3000 was missing the helmet-mounted display and sight (HMD/S) system and radar, the finished product will be equipped with both. The aircraft was also missing the in-flight refueling (IFR) probe and other design elements which shows that it was an early-stage design test by the CAC. The later stages will involve the integration of intended subsystems such as:

The new features include a wide-angle holographic system and a new head-up display (HUD) much like the J-20.

The inauguration of an integration facility at PAC could possibly mean that the later stages of development and testing might take place in Pakistan to integrate avionics and weapon systems of choice with JF-17 aircraft, according to the defense analysis group.

According to the reports, PAF will be procuring 50 JF-17 Block IIIs, with the first two to be completed in 2020. In the next 4 years till 2024, 12 aircraft will be rolled out annually.

According to defense experts, the use of mature off-the-shelf commercial technologies from the Aviation Industry Corporation of China is to ensure cost-effectiveness as well as to improve flight efficiency so that the pilot can focus more on combat rather than flying.