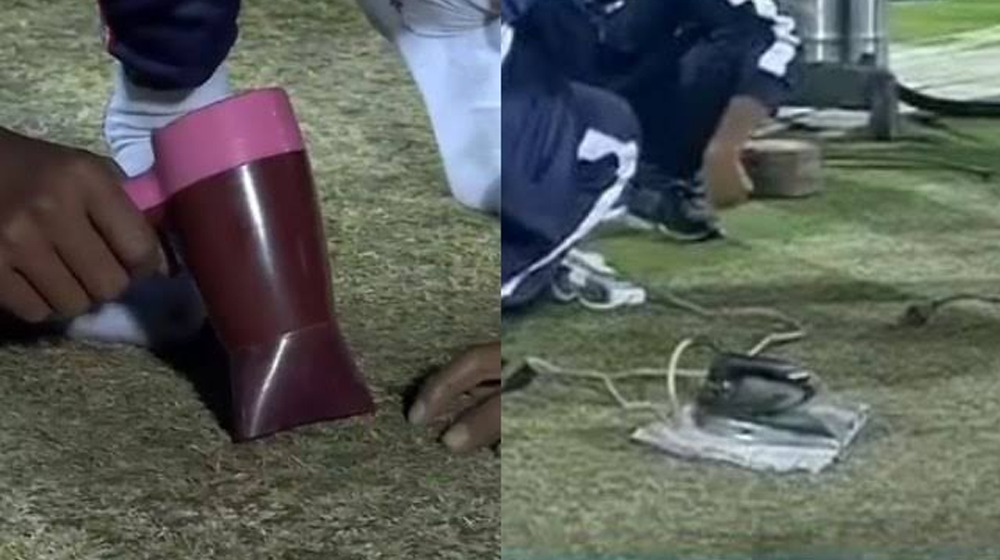 Many bizarre moments have occurred on a cricket field but the latest event unfolding prior to the match between India and Sri Lanka on Sunday takes the cake!

The match between both teams was delayed due to rain and in order to get the match started quicker, the ground staff at the Barsapara Cricket Stadium in Guwahati used a hairdryer and a steam iron to dry the pitch.

These unconventional techniques did not sit well with the fans who trolled the BCCI and the Indian ground staff on social media.

Sarusajai Stadium : Awarded for the best pitch in ISL 2016

Seriously, Are we really the richest board in the world?? When we can't afford measures to tackle these issues. Steam iron and hair dryer being used to dry the pitch… Creative yet poor measures. #INDvSL #Guwahati pic.twitter.com/sKcFquks8t

Vacuum cleaner, hairdryer, iron… every single thing from a common man's home is currently being used to dry the dampened pitch at Barsapara Stadium, Guwahati.#AssamCricketAssociation Hats off to the hard work #INDvSL #INDvsSL pic.twitter.com/PPRqTH8nzp

The hair dryer and steam iron are being used now to dry the pitch. Sri Lanka should have taken R Premadasa stadium rain covers to India 🇱🇰🏏 #INDvsSL pic.twitter.com/tQxR50axPL

The lady who tried to roast chicken with hair dryer has competition!#INDvsSL pic.twitter.com/w72qWqpFBG

BCCI the giant of International Cricket when it comes to money… Still uses a hair dryer to dry a ground in India…#INDvSL @BCCI pic.twitter.com/coHIuQohRu

Some people even drew a comparison with the Pakistan Super League (PSL) as well, when a helicopter was landed in the middle of the ground.

Where do you stand on this matter? Let us know in the comments section below.