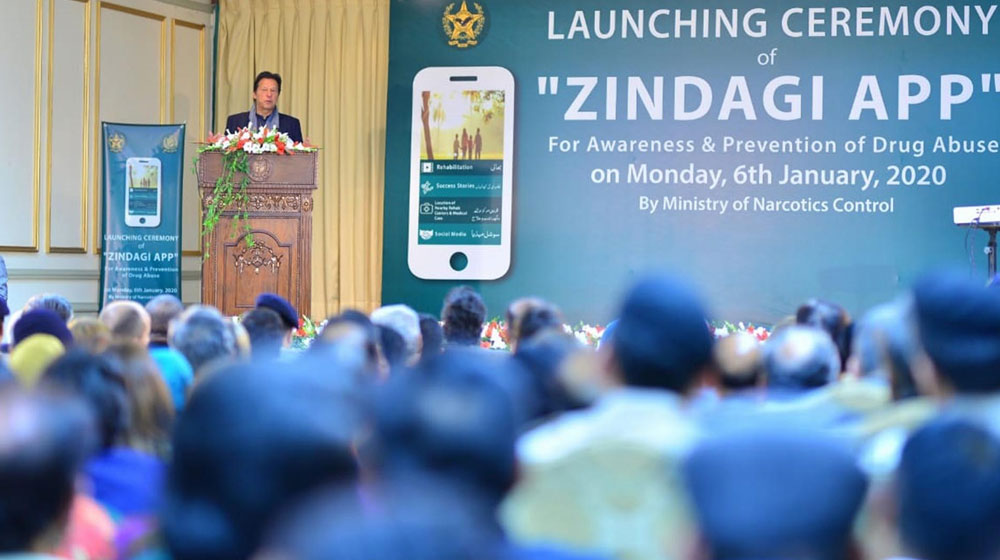 Speaking at the launch event in Islamabad, PM Khan said that drugs are destroying the country’s youth.

He said that there was a time when we were concerned about drug abuse in universities, now this menace has spread to schools as well.

The most vulnerable section of our society – our children – are being exposed to drugs, when they don’t have the maturity to deal with the issue.

“The second biggest issue for our societies is child abuse, which we avoid talking about,” he noted.

People shy away from discussing the issue, but the government investigation has shown that it has become an epidemic.

He noted that Mobile Phones are supposed to be a source of information and communication, but in these cases, they have aggravated the situation.

He announced that the government will take the initiative to control both issues but stressed the need for public support in this regard.

He said that ‘Zindagi app’ is a step forward in this direction as it will raise awareness among parents and teachers on how to tackle the issue.

The application is available on both Google Play and Apple’s App Store.