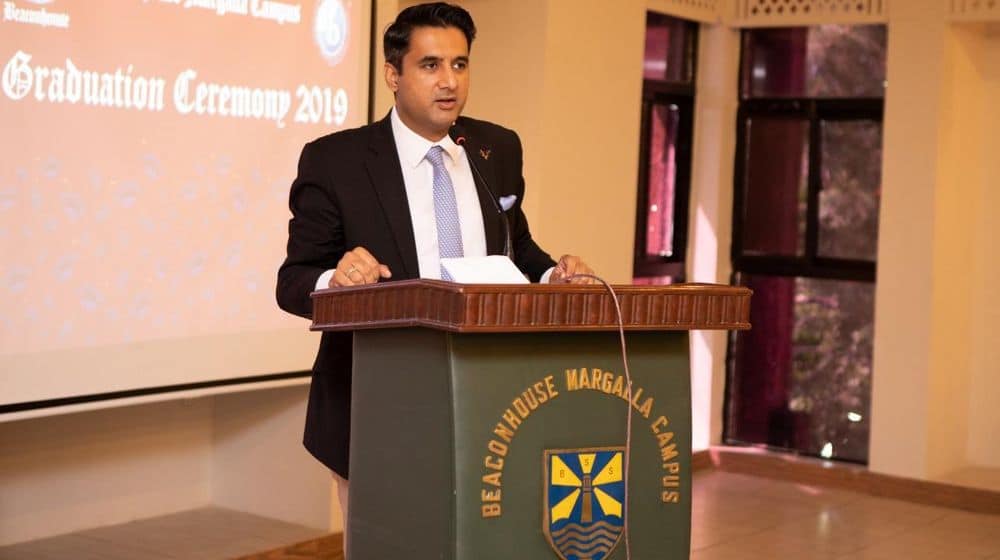 Public administration might look like a dream job for many of us, but it has its downsides as pointed out by Deputy Commissioner Islamabad, Hamza Shafqaat, from his experiences.

Talking about the public administration landscape in Pakistan, he said:

Public Administration is increasingly becoming complicated. The western world is offering post doctorate in this field. Every policy has its pitfalls which makes it even more difficult to implement. But it remains paradoxical and funny in Pakistan.

A few days earlier, the civil servant took to Twitter to share his grievances with the general public considering how they are never happy.

Terming these as paradoxical demands from the public and the reaction after he had got the work done. Starting off the anti-encroachment drive, he said that despite clearing 15,000 kanals of land, his action somehow led to the destruction of the economy in the city.

Civil service is so funny in the land of the pure. Let me share few paradoxical demands I had to face since I took over as DC.

1. The public demanded action against encroachments. We retreived 15000 kanals. People said that this action destroyed economy of the city. pic.twitter.com/oK2JhaO6RL

With climate change taking its toll, the administration started a tree plantation drive without any additional funds from the government. People called it a show-off. Plastic bags were banned, the masses called it an action against the poor.

The shelter home initiative was met with criticism as well, saying Islamabad – a city of the rich- doesn’t need these.

The same was the response for facilitation centers in rural areas.

The administration came down hard on businesses that were selling items expensive than the approved rates. People complained that imposing such fines was destroying businesses.

6. People complained about prices. We imposed fines worth 1 crore in one year. Feedback was that it's destroying businesses and inducing corruption. We introduced Durust Daam app pic.twitter.com/MCuqGhIE6g

The funniest response to one of his team’s initiatives, the Durust Daam app, was this:

7. People wanted drug free city. We took action against illegal settlements which were involved in drugs. Feedback was "Ghareebo ko jeenay do" pic.twitter.com/DtH82Gfd5D

The public also labeled him as ‘Twitter ka DC’ for his efforts to ensure transparency.

8. People wanted an answerable bureaucracy with transparent working. We displayed everything on social media to get feedback. People called me "Twitter ka DC" pic.twitter.com/KeB8niu6zy

He was called ‘conservative and dictatorial’ for ensuring sheesha-free boys hostels and ‘ruthless’ for collecting more taxes for the national exchequer.

9. We implemented ban on Sheesha cafes and tried to discipline private boys hostels and got criticism for being conservative and dictatorial.

10. We collected 200 percent more taxes in this financial year and people criticized us for being ruthless…

Despite all the negativity, DC Islamabad is committed more than ever to deliver.

Despite the negativity, majority appreciated our efforts. The support we got was unprecedented which made us work harder and harder. The Govt appreciated us at each and every step. We as civil servants will have to learn to take criticism and continue unabated and deliver 🇵🇰🇵🇰