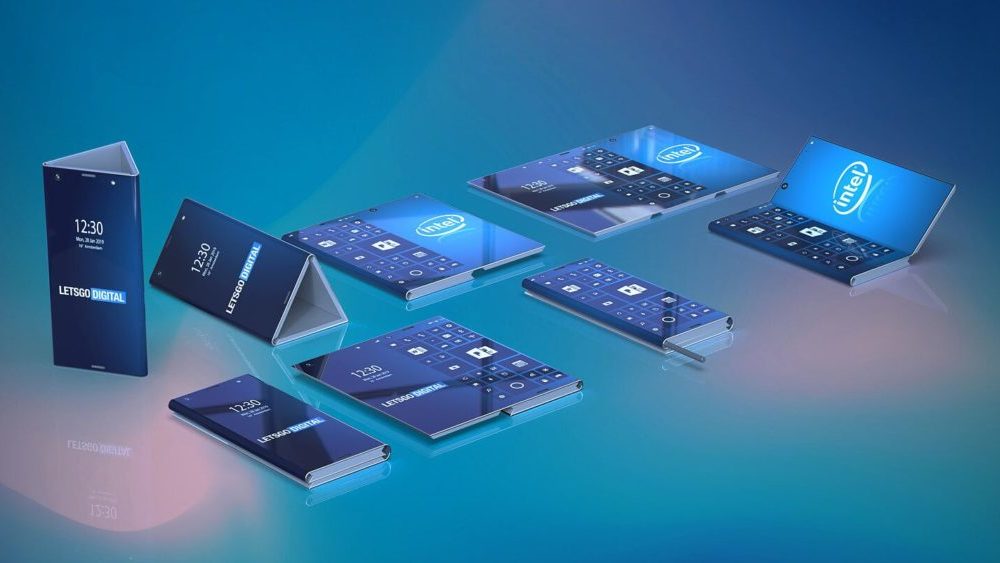 Just as every other company is working on rolling out foldable smartphones, the California-based chipset maker Intel has also decided to jump in the bandwagon.

The company recently filed a patent for a foldable smartphone design that becomes a tablet when unfolded. Alongside this, Intel is also researching the future progressive technology in collaboration with LG Display, Boe Technology, Sharp and Samsung Display to find out whether the new type of panels will contribute to positive user experience or not. In case the research shows promising results, Intel has announced it will accelerate the development of similar products.

The patent shows a smartphone with a design similar to a wrap-around display. The patented phone has a large flexible screen with an inward folding mechanism, which means when folded, the screen remains exposed on both sides of the smartphone. The renders of the smartphone, courtesy of letsgodigital, give a better idea of the design. 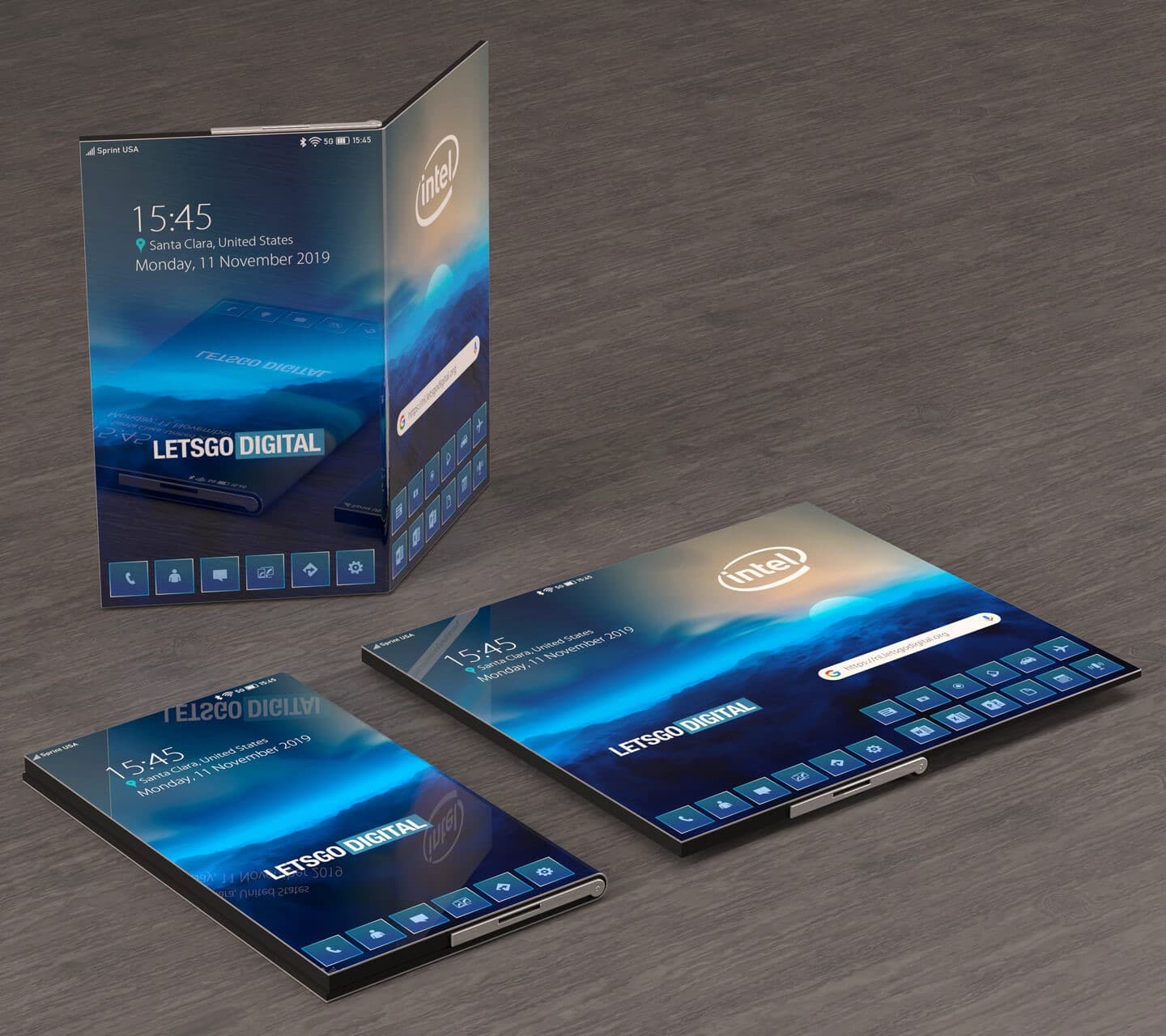 At the bottom of the phone, there is a wide button that is designed to facilitate the folding and unfolding of the display. The left side of the phone houses all the necessary components. As far as the camera module is concerned, the patent does not reveal anything.

Unlike patents from other OEMs, this one looks pretty realistic and has a high probability of hitting the commercial markets in the upcoming years.