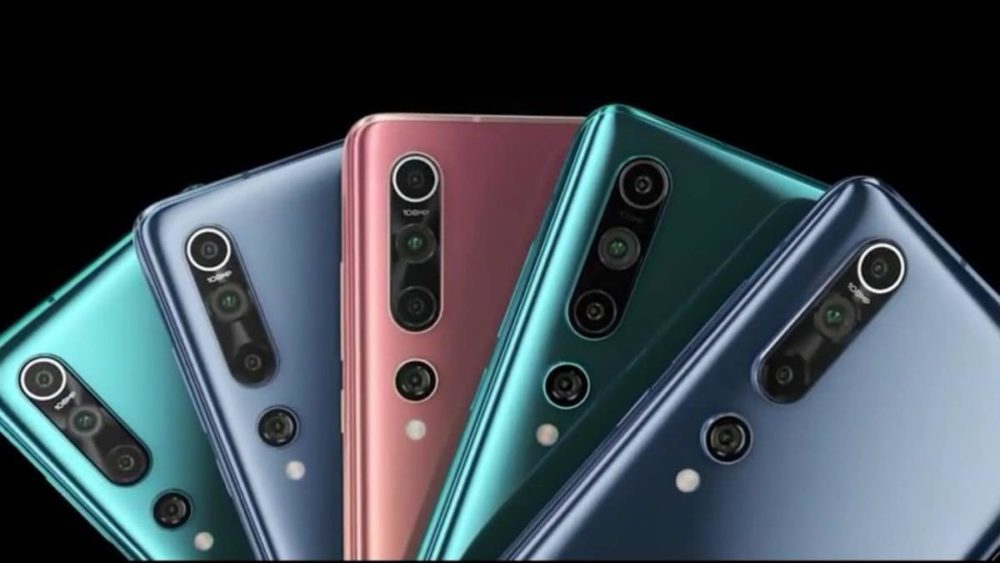 Xiaomi’s latest flagship phone, Mi 10, was launched and in China a week ago. While we still await the global launch, Xiaomi has released official teardown images and videos of the Mi 10, showing the internals in all their glory. Benchmarks were also published alongside the teardown which shows that the phone is a real powerhouse.

The 1m 21sec video shared on Weibo shows the whole teardown process. Removing the SIM tray and opening up the phone by a suction mount, you can see the neatly designed interior of the phone. The first thing you’ll notice is the wireless charging pad along with the NFC pad placed in the center of the phone.

There’s protective foam on the top and bottom of the phone which helps absorb any impacts if it’s dropped accidentally (or intentionally). 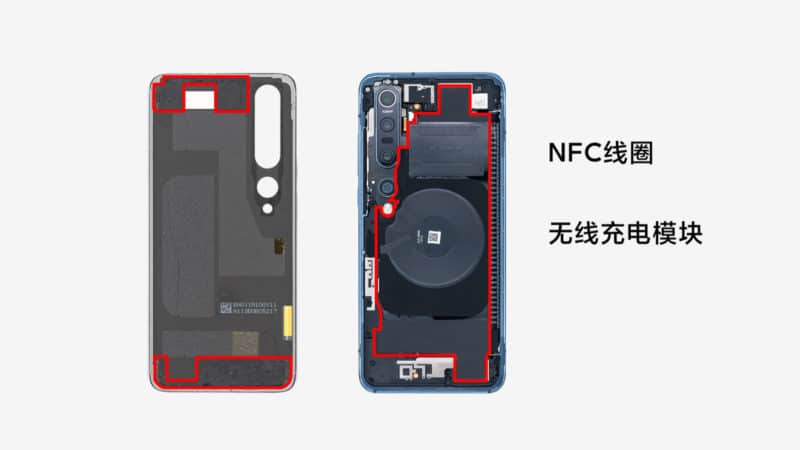 Removing the wireless charging pad first, the stereo speakers are removed next. The speakers are placed on the top and bottom and have a larger than normal 1.2cc cavity inside them, which helps improve the sound quality and provide a much more immersive experience while also promising twice as loud sound as the Mi 9. 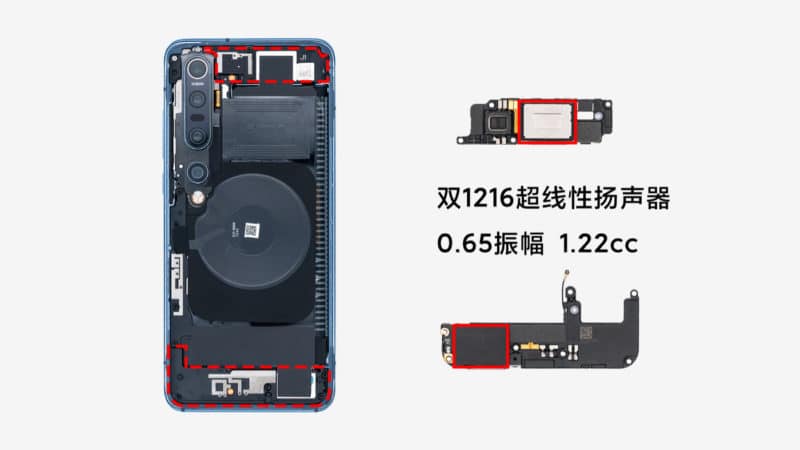 With the Mi 10 running on the power hungry Qualcomm Snapdragon 865 and the Adreno 650 GPU, you have to keep things cool and that’s where the huge heat-pipe comes in to play. The heat-pipe has actual water inside to reduce thermal throttling as possible. 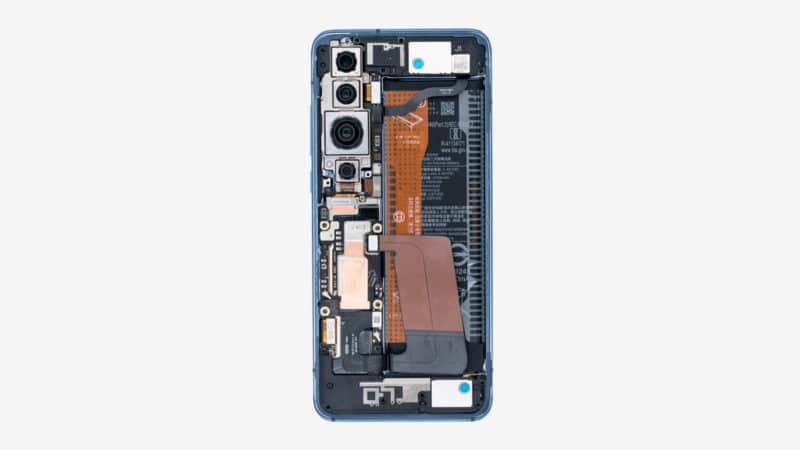 The rest of the video involves taking out the cameras and the other hardware one by one. You can watch the complete video here.

On another post on Weibo from Xiaomi, the company also showed official benchmarks of the Mi 10. Being a flagship it has solid performance and posts higher numbers than last year’s Mi 9. 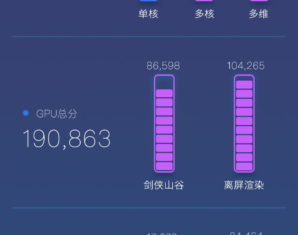 The combined score of the Master Lu benchmark on the Mi 10 is 469,692. The ranking comparison among other phones shows that it is placed at 2nd position, with the 1st position going to the Nubia Red Magic 3S, which actually uses a Snapdragon 855+.

While the Mi 10 is still not available globally, Xiaomi proudly put up the sales figures it achieved in China and the phone got sold out in just 55 seconds during the initial sale, generating over CNY 200 million in less than a minute.

If Xiaomi is able to keep up the stock, the Mi 10 could offer a lot more success for the company. We’re excited to see what Xiaomi has up its sleeves when the Mi 10 eventually makes its way to the rest of the world.