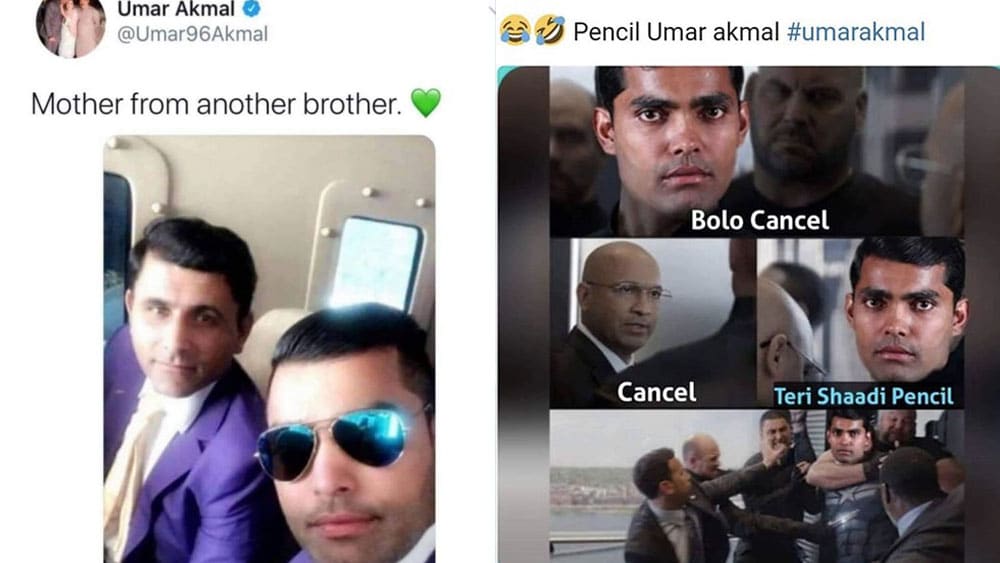 Nothing is going right for Umar Akmal. After nearly escaping a ban due to a ‘mishap’ with a fitness trainer, the 29-year-old was suspended from the Pakistan Super League (PSL). And now, a small (but hilarious) caption blunder has made him an instant meme on Twitter.

Setting off for Karachi, where the inaugural ceremony and the opening match was scheduled on Thursday, Umar posted a picture with former all-rounder Abdul Razzaq, with the caption “Mother from another brother” instead of the other way around. The rest is history!

It took only a few hours for Twitterati to make the hashtag “UmarAkmalQuotes”. Since then, tens of hundreds of memes have flooded the microblogging website, ripping apart the junior Akmal for his caption gaffe.

Here are some of the best ones from the meme fest:

Too lazy to die.

The best ones so far!

Don’t smile because it’s over,
Cry because it happened.”
– Dr. Umar Akmal#UmarAkmalQuote pic.twitter.com/2useLekeeL