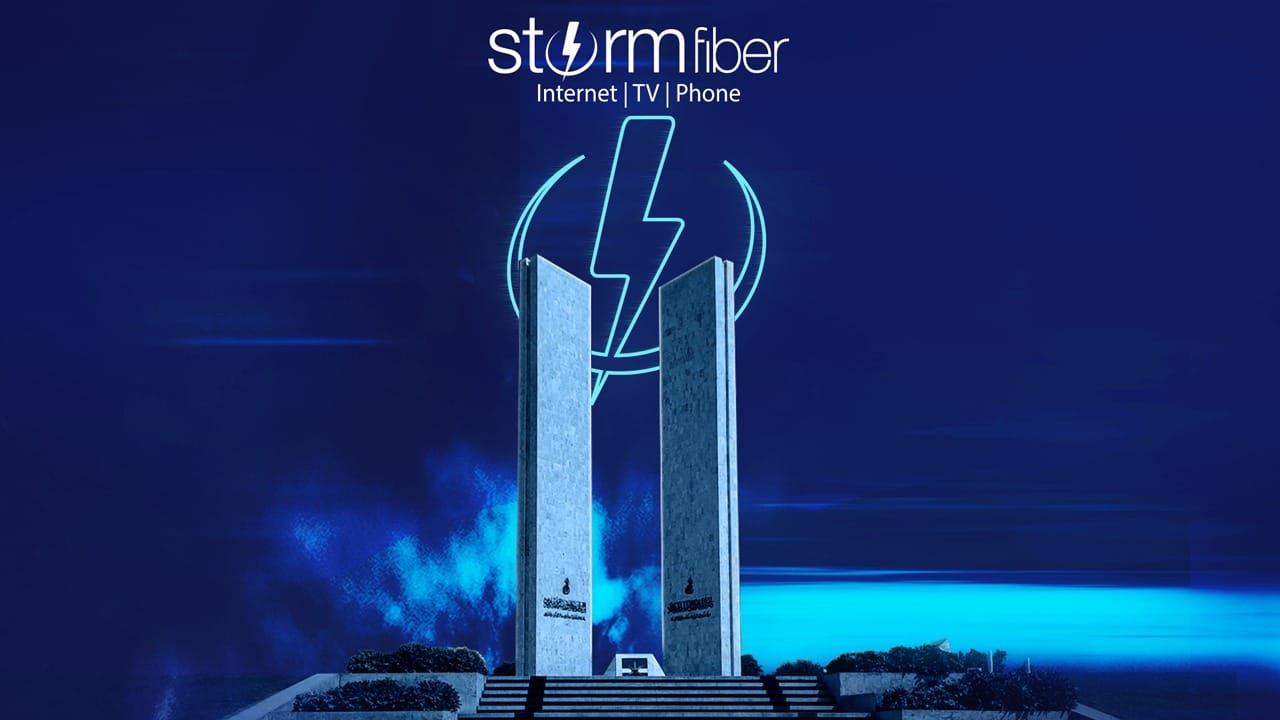 Known as the City of Wrestlers, Gujranwala is one of the largest industrial cities of Pakistan. It contributes approximately 5% of the GDP of the country and is a hub for entrepreneurs, industrialists, and academicians. The city produces promising pools of talent at universities such as the Gujranwala Institute of Future Technologies (GIFT).

The introduction of gigabit internet connectivity of StormFiber (backed by Cybernet) will help bridge the digital infrastructure divide in Gujranwala, boosting the city’s GDP and total factor productivity. Stable broadband service is an important catalyst for the socioeconomic development of any country in the modern era.

To further these National Interests, StormFiber aims to deliver its ultrafast fiber broadband, along with HD TV and voice services across Pakistan.

Consumers and businesses in Gujranwala can now avail ultrafast and stable internet service that is commonplace in cities such as London, New York, and Beijing. It is a moment of great pride for Cybernet, a company owned and operated by Pakistanis, to be playing its role in closing the digital divide in the country. We continue to make immense investments in fiberizing Pakistan and are confident that with sustained efforts our country can become one of the best-connected in the world.

StormFiber’s triple-play services are immediately available in the areas below with new locations following soon after.

In addition to Gujranwala, StormFiber is widely available in Karachi, Lahore, Peshawar, Faisalabad, Quetta, Hyderabad and Multan. The company stated that it has plans to make its service available in more cities soon.