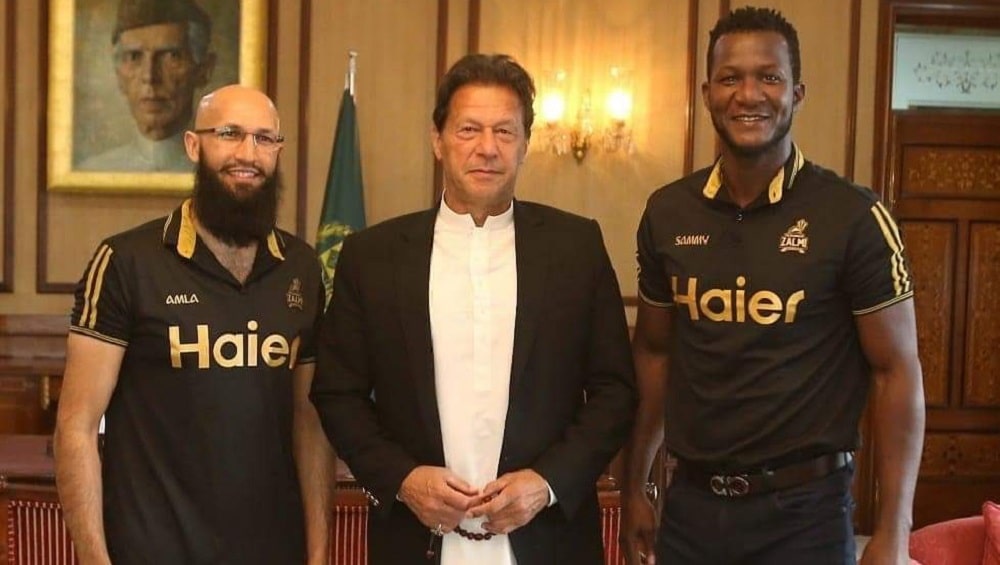 During the meeting, PM Khan praised Peshawar Zalmi’s role in bringing cricket back to Pakistan.

Khan said that Sammy has been a true friend of Pakistan as he was the first cricketer who expressed his willingness to travel and play cricket in the country.

PM Khan also thanked Sammy for the role he has been actively playing in promoting Pakistan’s soft image across the globe.

It was an honor to meet the cricket legend and Prime Minister of Pakistan, Imran Khan.

Following the meeting, Zalmi’s Chairman took to Twitter and congratulated Sammy on meeting the premier.

Congratulations [Sammy] for being an honorary Pakistani citizen. Now you can avail special tax exemptions as promised by PM Khan. Pakistan is now a tax haven for you.

Legends in one Frame !
Btw congratulations brother @darensammy88 being an Hon Citizen of Pakistan, during meeting Prime Minsiter @ImranKhanPTI gv you especial immunity for Taxes, first ever tax heaven country for you now. 🤝 pic.twitter.com/GODM3Q2knW

To thank Sammy for rendering unrelenting services to the country, the government of Pakistan will accord the West Indian with an honorary Pakistani citizenship and confer the country’s highest civilian honor on him on Pakistan Day.

After the meeting, Watson said that his dream came true by meeting his cricketing hero, Imran Khan.