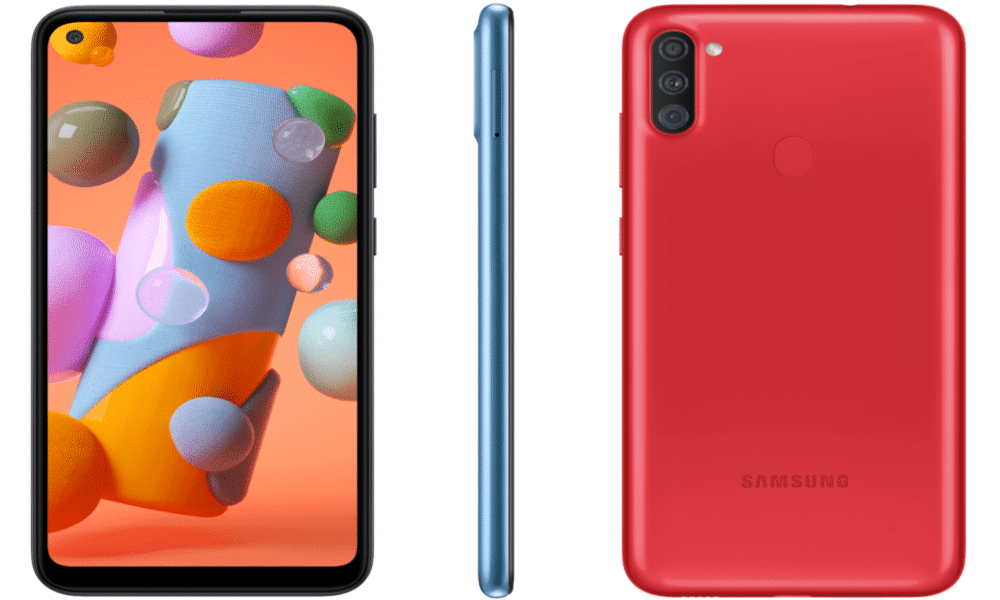 Samsung has quietly unveiled the successor for one of its cheapest Smartphones for 2019, the Galaxy A10. The new Galaxy A11 now has a triple camera setup at the back, the Infinity O display at the front, and fast-charging unlike before.

The Galaxy A11 has a 6.4-inch HD+ IPS LCD with a punch-hole cutout in the top left corner for the selfie camera. The top and side bezels are relatively thinner but the bottom bezel is quite thick.

At the back, there is a triple camera setup in a vertical layout beside an LED flash unit and a fingerprint sensor off to the center.

Samsung’s press release hasn’t revealed the phone’s chipset, but it includes a 1.8GHz octa-core processor with 3GB RAM and 32GB storage that is expandable via a microSD card.

The camera setup includes a 13MP main lens, a 5MP ultrawide lens, and a 2MP depth sensor lens for portrait shots. These cameras are able to record 1080p videos at 30 FPS.

The front camera is an 8MP shooter that is also capable of 1080p video recording.

The battery compartment has a 4,000 mAh power cell along with fast 15W fast charging.

The pricing for the Galaxy A11 has not been revealed yet, but it is likely going to cost no more than $150-$200. We’ll update this space as soon as more details are revealed.