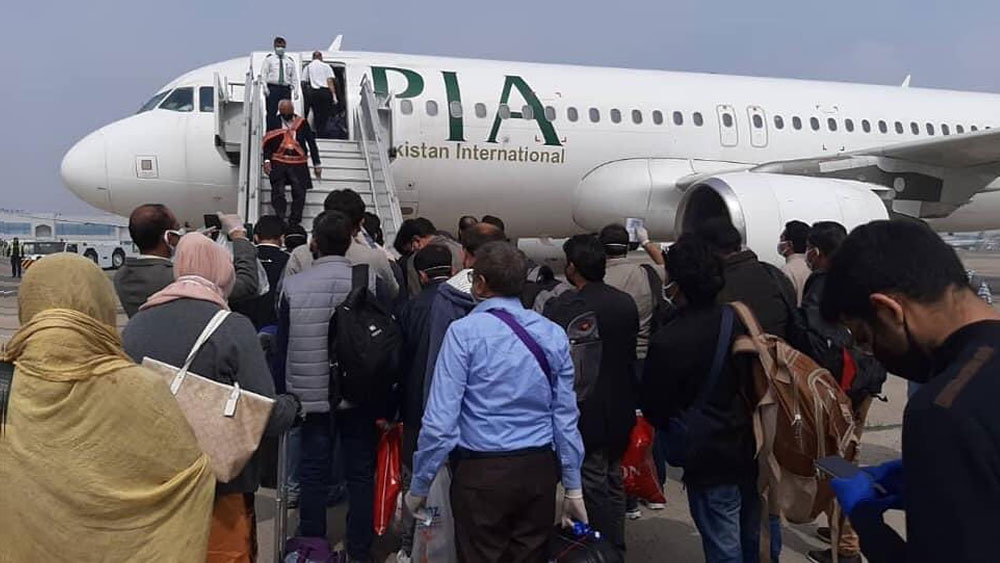 Pakistan International Airlines (PIA) has been forced to cancel or delay two special flights on international routes after pilots refused to fly the airplane amid coronavirus fears.

Earlier today, Baghdad-bound PIA flight PK-9813 was supposed to leave at 5:00 AM to bring back 161 Pakistanis stranded in Iraq. However, the national flag carrier had to cancel the flight after the pilot refused to fly the aircraft at the eleventh hour.

All Private Inbound Flights Are Suspended Till 11th April

And now, another pilot of PIA’s flight PK-783 was delayed after the designated pilot refused to operate the flight, leaving hundreds of passengers waiting for hours at the airport. As per details, the flight was scheduled to leave from Lahore Airport to Toronto at 10:30 am.

When contacted, PIA officials said they are trying to arrange another pilot for the flight.

The move has come after all five crew members including two pilots of a Toronto-returned flight tested positive for the deadly virus. Pilots are afraid that they could get ill if they fly to virus-hit countries.

As per a report, hours after PALPA’s advisory was issued, the national airliner agreed to provide cockpit and cabin crew members with Personal Protective Equipment (PPE) for COVID-19 including gloves and N95 respirators. The national flag carrier said it will also spray its aircraft thrice with a disinfectant before takeoff.

However, despite PIA’s assurances and provision of protective gear, so far two international flights have been canceled or delayed.