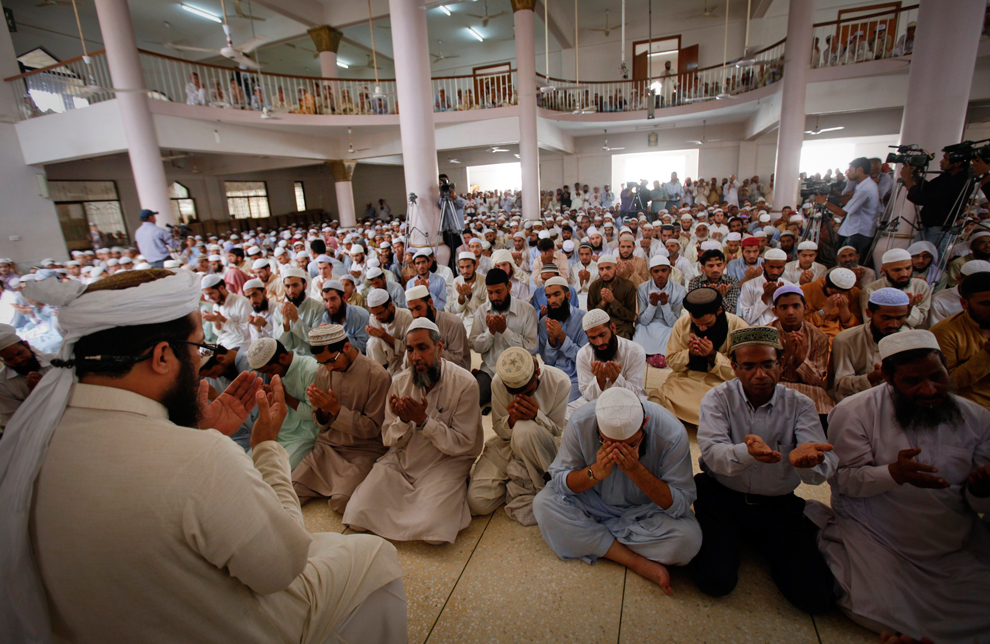 Senior clerics of Wafaqul Madaris al Arabia have warned the government against continuing the suspension of congregational prayers at mosques due to the coronavirus lockdown.

Ignoring the government’s call for social distancing, more than 50 clerics met at Jamia Darul Uloom Zakria, Tarnol, in Islamabad to discuss the matter.

The meeting, attended by the senior clerics of various seminaries, banned groups, and proscribed persons, decided to increase pressure on the government to lift the ban on congregational prayers at mosques.

The clerics’ warning has come hours before the government is going to announce whether to ease the restrictions or increase the lockdown as the holy month of Ramadan approaches.

The group released a video message earlier today, saying that all efforts will be made to avoid confrontation with the government and the state institutions.

However, in the very next line, Pir Azizur Rahman Hazarvi, president of the Jamia Darul Uloom Zakaria, Islamabad, and patron of JUI-F, said that they do not acknowledge the government’s decision to suspend collective prayers in mosques.

He was of the opinion that these testing times demand more prayers. The cleric announced that apart from five obligatory prayers, congregations for Friday and Taraweeh prayers will continue.

The meeting, however, announced to take all precautionary measures including social distancing. Other measures include the use of sanitizers, removal of carpets, cleaning the floor and washing hands with soap.

Ironically, the decision announced by the Wafaqul Madaris al Arabia is the opposite of Saudi Arabia. On Monday, the Kingdom declared that there will be no Taraweeh congregations inside mosques anywhere in the country during Ramadan. It said that the suspension of collective prayers (both obligatory, and Taraweeh) will continue until the end of the COVID-19 pandemic.

Moreover, KSA asked people to continue praying at their homes, as it is the best practice to save mankind from the deadly virus.