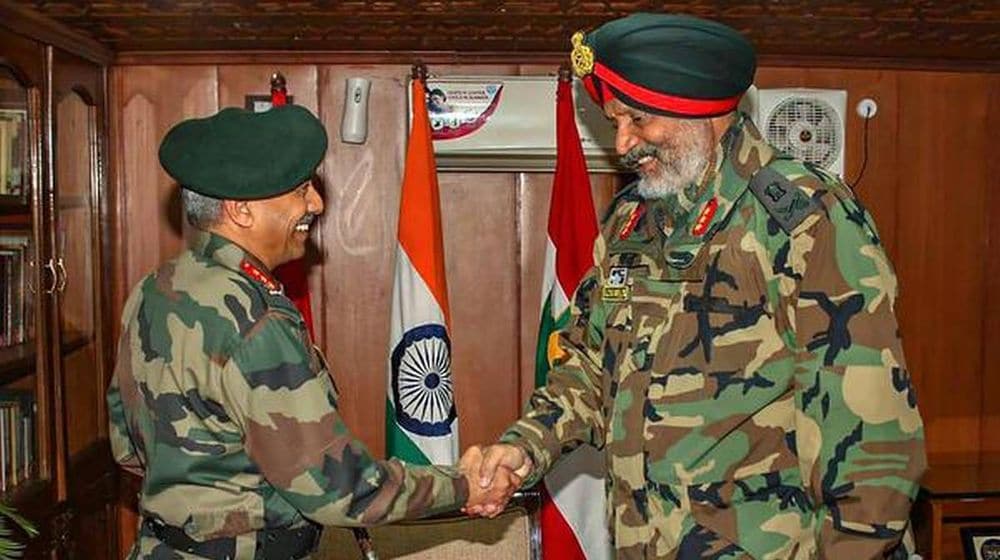 Just when you think that the Indian Army cannot stoop any lower, they come up with something even more bizarre. We’re all well aware of the fantasy theories of surgical strikes by the Indian Army and their out of the world Bollywood movies, aren’t we?

Well, there’s another allegation by a 3-star general of the Indian Army that’s making everyone laugh on both sides of the border.

In an interview with BBC News, Lieutenant General Baggavalli Somashekar Raju, who is deputed in the disputed valley, claimed that the Pakistani Army is sending in COVID-19 patients across the Line of Control. I told you it’s delirious. No wonder why he wears the nameplate BS Raju on his chest.

We do get intelligence inputs from across that Pakistan is pushing a lot of COVID cases into Jammu and Kashmir. We are also conscious that Pakistan is taking risk of putting these gullible people who are being trained as Mujahideen into very small enclosed places in their own launchpads.

When asked to back his statement with evidence, the top officer resorted to ‘intelligence reports’. DG ISPR has also responded to the baseless allegations leveled by the Indian officer.

No less delusional are the allegations about Pakistan infiltrating Covid-affected individuals into IOJK. Pakistan has always extended unhindered UNMOGIP access to CFV sites. We will continue to do that most transparently… (2/3)

Twitter users on both sides of the border are bashing the Army General for his foolish remarks:

GOC 15, Gen Raju, says Pak pushing #COVID19 cases across LoC. Attributes info to int agencies, himself has no proof. Wondering who made his 3 star who airs serious opinion, likely to reach UN, without evidence. Jawans do such talks in #langer (eating hall) https://t.co/q7qSSgfx7P

When truth is revealed than Reaction comes from inside. Thats what happening in #India after Corps Comd 15 Div, Gen Raju's interview to BBC that Pak is pushing #COVID19 cases to AJK. A 3 star general should show some sense.#ExposeFakeNews

Just pity such generals . May be he is infected with COVID-19 or psychological disorder or fan of Bollywood thrillers .

https://t.co/AlJqeGTfJB
GOC 15 Gen Raju said that Pak is pushing #COVID19 cases across LoC. Who made him a 3 Star General?
Jokes from India Army.
Gen do some research & get the facts be a professional.
🤣
CC to @majorgauravarya your own fellows are making jokes. pic.twitter.com/W3OBgie8tS

A 3-star general (commanding a corps) saying this shows how deep-seated incompetence and Pak phobia is in the Indian Army. https://t.co/jxFiBsZOaf

2. He said that infected terrorists will try to infect our soldiers. But it is impossible to come that close. Also, terriosts cannot reach cantonment to infect as they will be physically unfit to move through Kashmirs terrain..