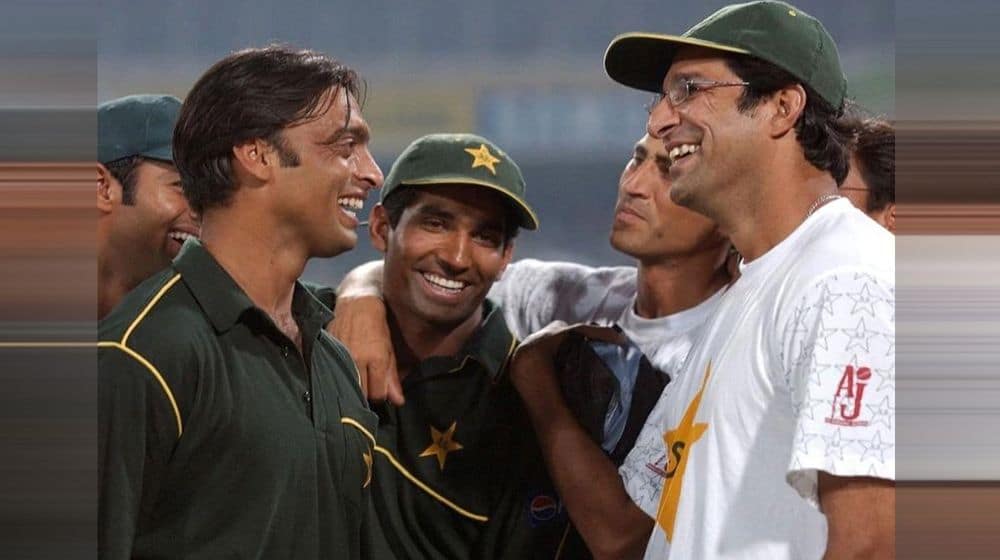 Former Pakistan pacer, Shoaib Akhtar, has said that Wasim Akram took him under his wings in the early days of his cricketing career.

Talking about match-fixing, the speedster said that he would have killed Akram if he had approached him to fix games.

I will say it very clearly that if Wasim Akram had asked me to do something like this [match-fixing], I would have destroyed him or even killed him. But he never said such a thing to me.

Rawalpindi Express said that Akram always had his back, allowing him to bowl from his preferred end, providing him cover to remove tail-enders, and whatnot.

Praising ‘brilliant’ Akram, the 44-year-old said that the legendary fast bowler often got Pakistan out of difficult situations.

I was watching few matches of the 1990s and I was amazed to see how Wasim Akram got Pakistan through impossible situations with his brilliant bowling.

Akhtar picked 444 international wickets in his career that spanned from 1997 to 2011.