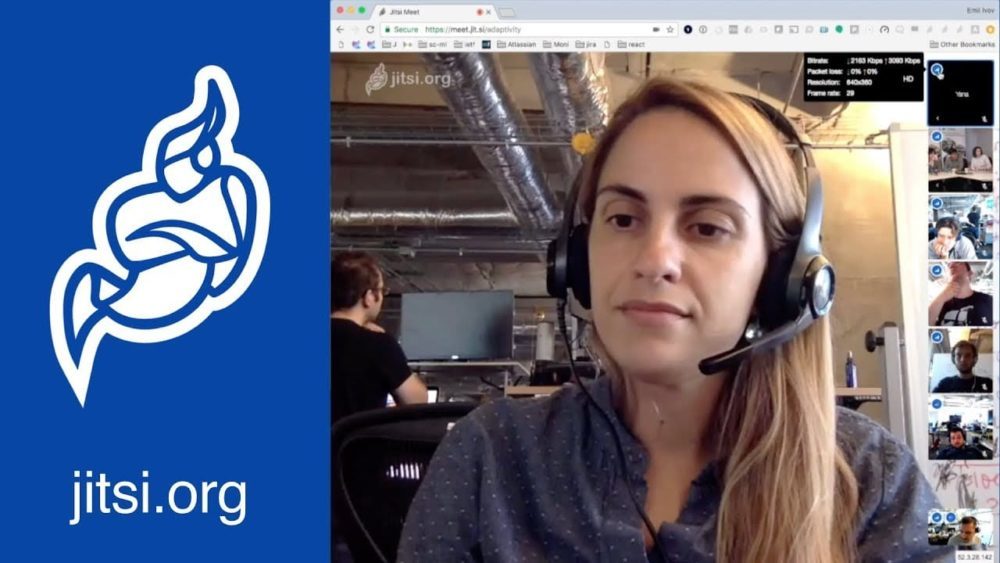 Just like all other video conferencing applications, the 8×8 owned Jitsi saw a major increase in demand in the past couple of months. The platform has nearly 12 million monthly active users, which is a small number as compared to 200 million active users on Zoom and 44 million daily active users on Microsoft Teams.

However, one thing that sets Jitsi apart from Zoom and Teams is its security-focused nature. The application was built by Emil Ivov on the basis that the users ‘shouldn’t have to trust anyone.’

To take its security up a notch, Ivov just announced that it plans to offer end-to-end encryption for its meetings in the near future. They plan on doing so using the standards from the open-source communication software project WebRTC.

This open-source software is free for anyone to use, download, and modify. Hence, it has immensely grown over the past few years. A large community of developers started using it and building upon it soon after its launch in 2015.

The platform recently published its plans and has called onto cryptographers to comment on it. Ivov, talking about their plans, said, “It’s a very complex problem, but we’re confident we’ll get it.”

In a recent blog post, Jitsi detailed that it plans on approaching the problem in two ways:

This news comes after a privacy and security snafu was created by Zoom. One of the main concerns raised about Zoom in the past few weeks is that they advertised their service as “end-to-end encrypted.” However, the intercept pointed out that the meetings on Zoom were, in no way, encrypted and they have access to all meetings.

Hence, the Jitsi team is working on a way to offer end-to-end encryption in times when it is needed the most. Stay tuned for more updates.