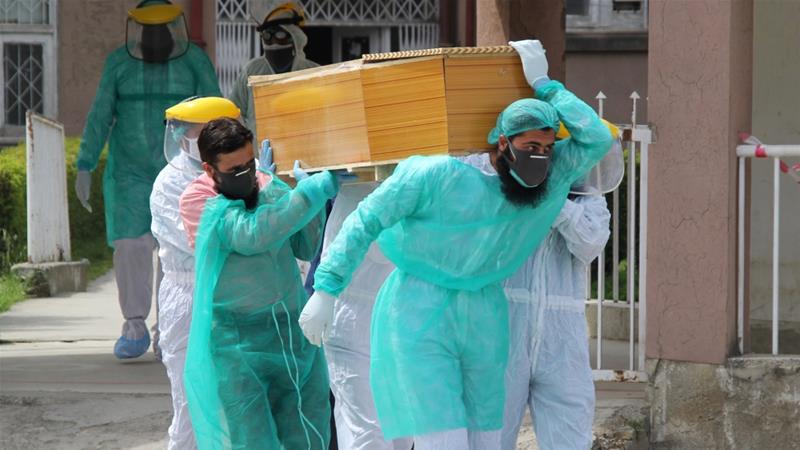 On its deadliest pandemic day yet, Pakistan’s coronavirus death toll rose by a record 26 cases overnight to 327. Of the new fatalities, 10 were reported in KP, 9 in Punjab, while 7 people died in Sindh.

This is the second consecutive day that Pakistan has registered record single-day deaths as on Tuesday too, the country reported its highest jump of 20 new deaths.

Speaking at a press conference on Tuesday, state health minister Zafar Mirza said that with the day’s exception, the overall daily death rate due to Covid-19 had remained on the same level in the country which ‘is a good thing’.

He also announced that the government was charting out a national plan for safety and protection of frontline healthcare workers during the Covid-19 fight, which would be announced in a few days. He reiterated the importance of social distancing and other safety measures to curb the virus’ spread.

Globally, over 3 million people have been infected by the virus, out of which 1 million are now in the US alone. With its virus fatalities nearing 60,000 and infections over 1,035,700, the US believes it may have peaked the pandemic and is preparing to ease lockdown restrictions.

The following information is relevant to assess the situation of #COVIDー19 in Sindh as of 29th April at 8 AM:

In the last 24 hours, 208 people have recovered from corona in Sindh

A start for Qarze hasana for poor families for small small things, requirements and bills.

This program shall be extened on a bigger figure for second phase and soon in all areas pic.twitter.com/8dk7PLTj1A

Weeks after the British prime minister was in intensive care with a serious case of the coronavirus, Boris Johnson and his fiancée Carrie Symonds announced the birth of their baby son on Wednesday.

“The Prime Minister and Ms Symonds are delighted to announce the birth of a healthy baby boy at a London hospital earlier this morning and would like to thank the fantastic NHS maternity team,” a government spokesman said.

India saw its highest jump in deaths related to the novel coronavirus in a 24-hour period even as regional governments prepared to ease lockdown restrictions.

A total of 73 people affected by the virus had died since Tuesday morning, taking the country-wide toll to 1,007, the federal health ministry said. The number of positive cases crossed 30,000.

The highest number of COVID-19 cases has been reported from Maharashtra, largely in its two biggest cities Mumbai and Pune, and the national capital New Delhi.

A recent study conducted by the University of Lahore claims to find a replacement for the hefty procedure of testing individuals for COVID-19 through “Smart Sample Polling.”

The method is based on collecting samples from a number of areas and testing them collectively rather than individually, and predicting the spread of the virus through an algorithm of the results.

A Qatar Airways flight bringing back more than 230 Pakistanis stranded in the Gulf state has landed in Peshawar.

Teams from Khyber Pakhtunkhwa’s Directorate of General Health Services conducted screening of the passengers and they have now been put under quarantine.

‘Do not buy from Muslims’: BJP leader in India calls for boycott

India’s governing Bharatiya Janata Party (BJP) has issued a notice to one of its leaders after a video showing him asking people not to buy vegetables from Muslims surfaced amid a nationwide coronavirus lockdown.

“Keep one thing in mind. I am telling everyone openly. There is no need to buy vegetables from ‘miyans’ [Muslims],” legislator Suresh Tiwari from Deoria town in the northern state of Uttar Pradesh was heard saying in the Mobile phone video that went viral on Tuesday. 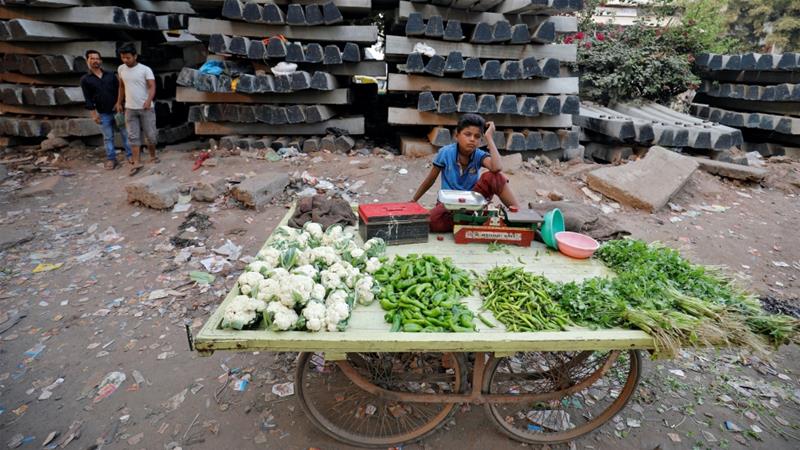 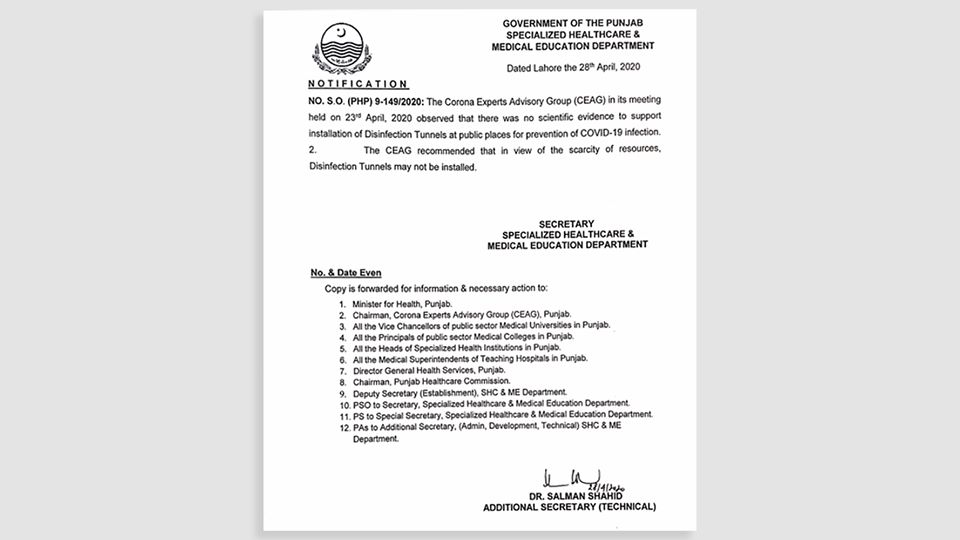 NHS fundraiser Captain Tom Moore receives over 125,000 cards ahead of his 100th birthday

VIDEO: NHS fundraiser Captain Tom Moore receives over 125,000 cards ahead of his 100th birthday. Moore initially set out to raise just £1,000 for Britain's National Health Service (NHS) by walking 100 laps of his 25-metre (82-foot) garden but has now raised more than £27 million pic.twitter.com/NV6Yrbduv2

Study discovers a new deadly complication due to Covid-19

Impeded blood flow due to mysterious clotting is the latest complication of SARS-COV-2, the Coronavirus which causes COVID-19 disease, reported widely in the US, Europe, and China.

Recently, Los Angeles doctors were forced to amputate the right leg of Nick Cordero, a Broadway and TV actor of Canadian origin, after his blood flow was disrupted due to a clot.

According to Shari Brosnahan, a critical care doctor at NYU Langone in New York, thrombotic events or blood clotting occur due to a wide range of reasons in patients admitted to intensive care. However, the rates of blood clotting among COVID-19’s critically ill patients are unprecedented and much higher than expected.

According to the govt coronavirus portal, virus recoveries in Pakistan jumped by 192 in the past 24 hours to a total of 3,425 so far.

Coronavirus: the world in numbers

Follow @Reuters liveblog for the latest developments around the coronavirus outbreak https://t.co/cEBwkonfeh pic.twitter.com/rVIhj4yrwh

South Asia could face a further public health crisis as children miss routine vaccinations, the UN warned on Tuesday, spurring fears that the fallout from the novel coronavirus pandemic might reverse hard-earned gains in the region.

The United Nations children’s agency Unicef said hundreds of thousands were at risk as lockdowns across South Asia halted immunisation drives and parents refrained from taking their children to doctors to be inoculated.

The number of people who have died from coronavirus infection in France rose by 367 to 23,660 on Tuesday, while the number of confirmed cases was up 1,520 at 129,859, the health ministry said in a statement.

French Prime Minister Edouard Philippe told parliament France would not end its nationwide lockdown unless the number of new cases of coronavirus infection drops below 3,000 per day.

The death tally has increased 1.6% compared to Monday, with the rate slightly slowing over 24 hours.

The U.S. coronavirus death toll reached a grim milestone on Tuesday, surpassing the number of American lives lost in the Vietnam War, as Florida’s governor met with U.S. President Donald Trump to discuss easing shutdowns aimed at curbing the pandemic.

Florida Governor Ron DeSantis is weighing whether to join other states moving to relax workplace restrictions and stay-at-home orders that have battered the U.S. economy even though health experts credit the measures with slowing the contagion. 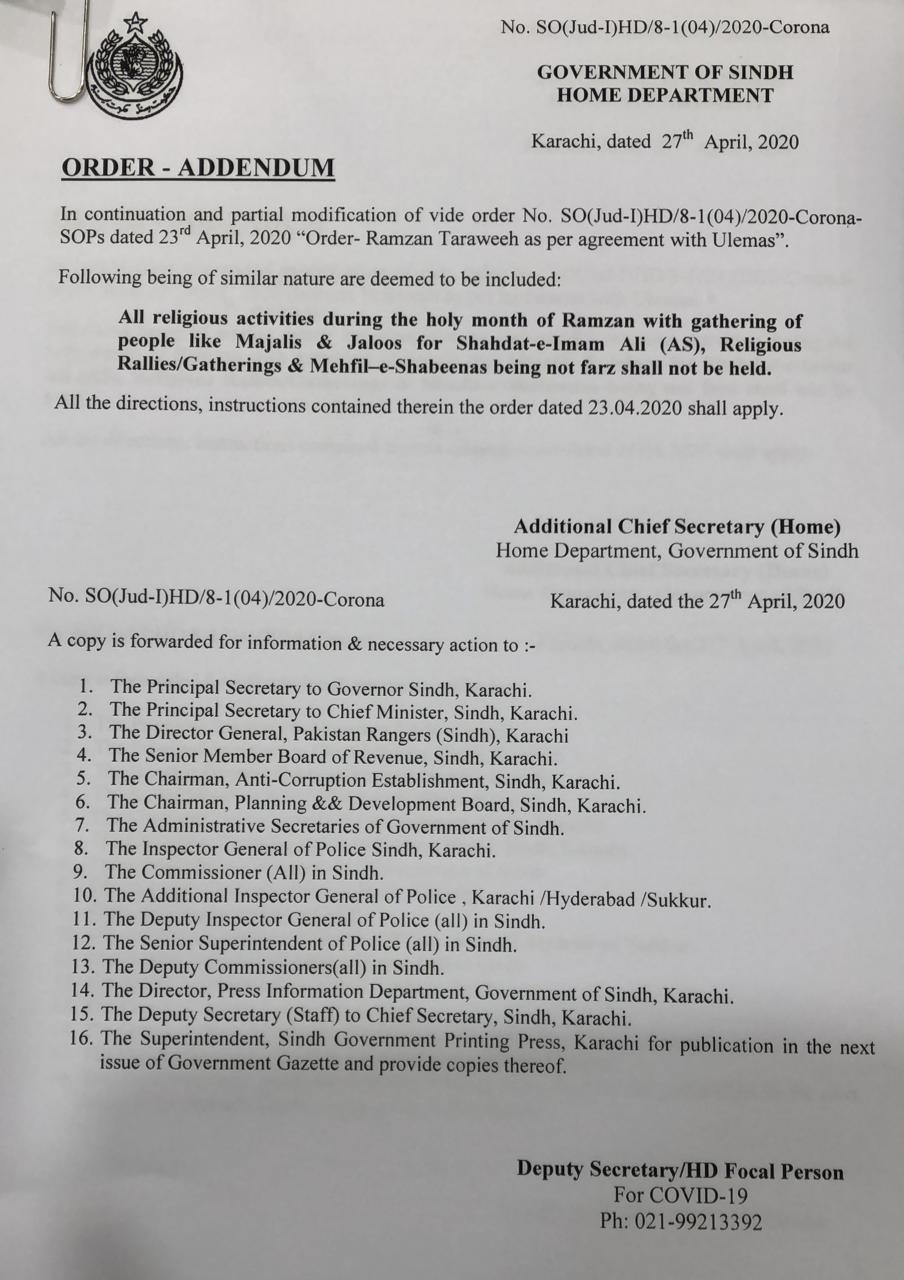 National plan for safety of health workers to be announced: Zafar Mirza

State health minister Zafar Mirza says the government is working on a national plan for the safety and protection of frontline healthcare workers during the Covid-19 pandemic, which will be announced in a few days.