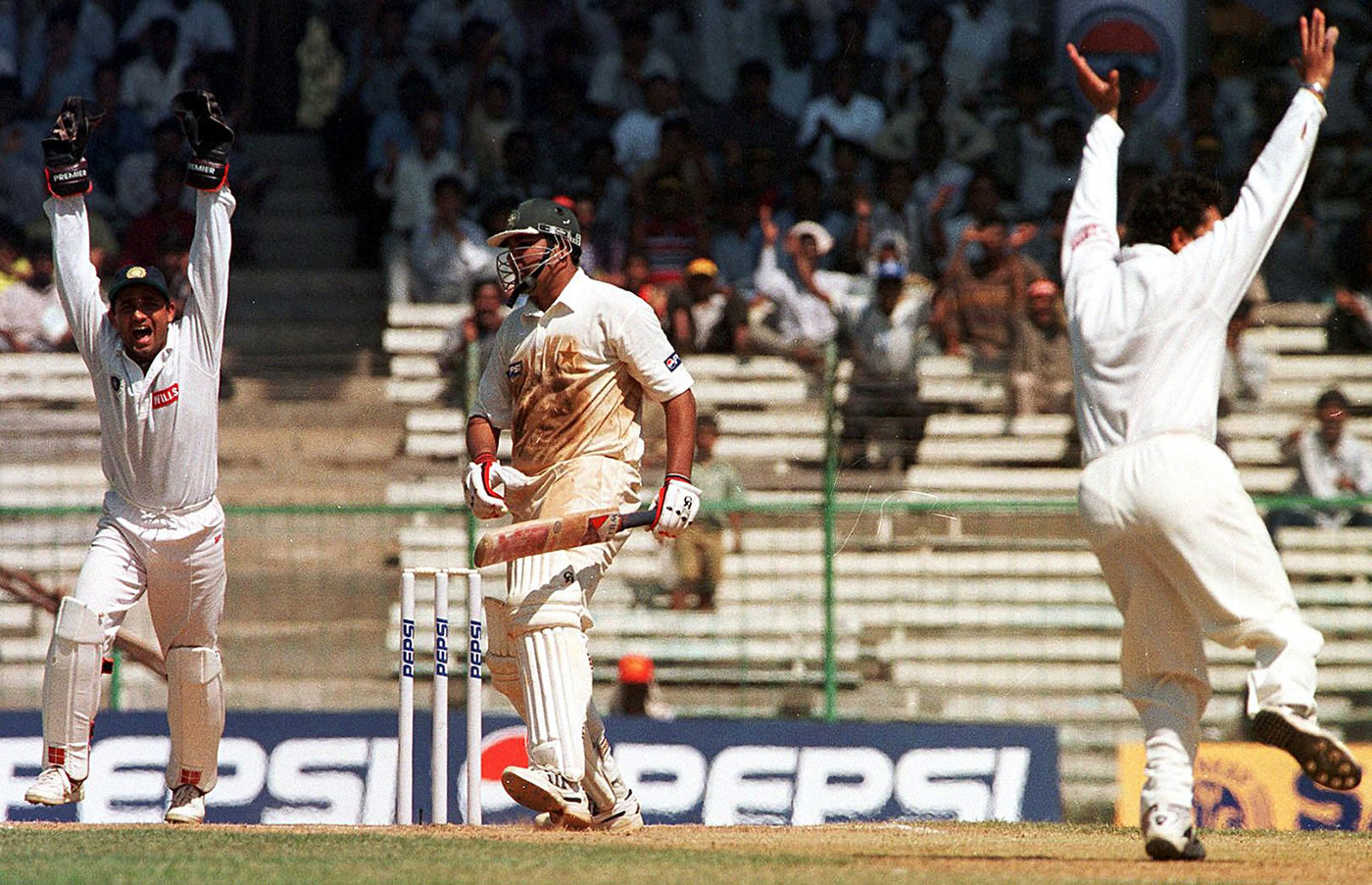 In 1999, Anil Kumble became only the second man in first-class history to take ten wickets in a single innings when he bundled out Pakistan for just over 200 runs as they looked to chase a mammoth 400 plus target at Delhi.

Since then there have been rumors and myths surrounding this staggering feat, mostly around Pakistan’s batting and how they wanted to deny Kumble his 10th wicket by throwing them away. One such story was told by Wasim Akram that Waqar Younis had planned to run himself out to deny Kumble but Wasim was able to dissuade him from this.

Waqar publicly rubbished this claim and said it never happened; it has been a few years to this story.

Now, Wasim has offered another anecdote about the match and said that he didn’t want to give Kumble his 10th wicket because he was the captain and had asked Waqar to play his shots against Javagal Srinath.

Wasim was talking to Aakash Chopra on his YouTube channel and had said, “No. This is against sportsman’s spirit (desperately getting out another bowler). I said to Waqar Younis that you play Anil Kumble, I will not get out to him. As a captain, I told Waqar to play his normal game and go for shots against (Javagal) Srinath. The first ball Kumble bowled… inside edge…and I got caught. It’s a big day for India and Kumble. It was massive.”