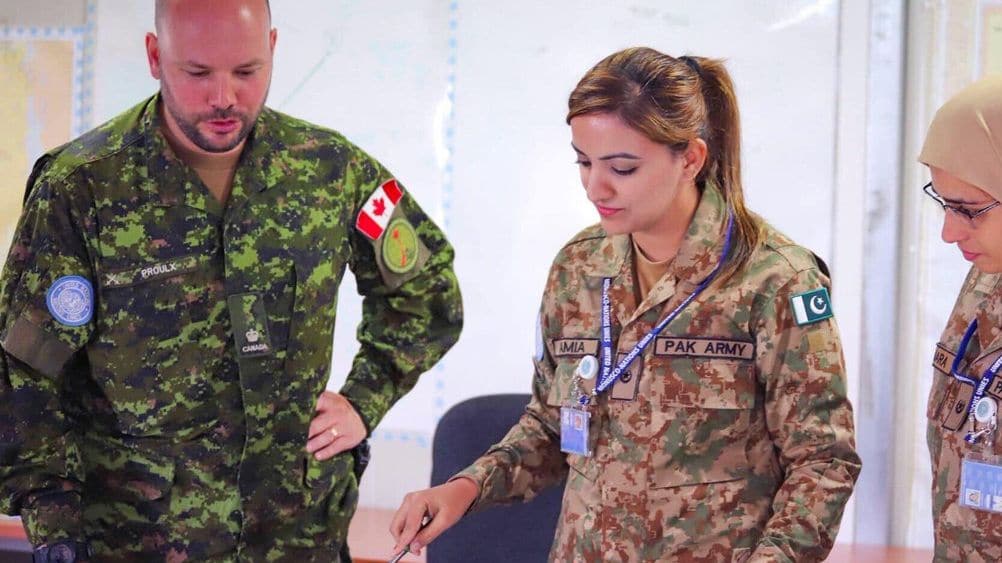 Major Samia Rehman – Pakistan’s award-winning major of the UN Peacekeeping Force – says she is unfazed by the challenges despite being stuck in the Democratic Republic of Congo due to the coronavirus.

Samia’s story was shared by the UN’s peacekeeping Twitter.

Major Samia highlighted that her mission completed in April. But she was unable to go home, and her two year old daughter has been waiting for her since April 6. She, however, reveals that these challenges do not weaken her, instead increase her passion for work.

My duty was ending on 6 April, but I’m unable to go home due to COVID-19. My two-year-old is asking, ‘Mama, when will you be back?’ I’m worried, but my passion for work has increased manifolds. Together we can slow the spread.

Peacekeeper of the Day:
"My duty was ending on 6 April, but I'm unable to go home due to #COVID19. My 2-yr-old is asking, 'Mama, when will you be back?' I'm worried, but my passion for work has increased manifolds. Together we can slow the spread." #PKDay #womeninpeacekeeping pic.twitter.com/V0dK3VIKO0

Pakistani Rescuers Save 2000 People in Congo Affected by Floods

Major Samia is the first female officer of the Pakistan Army to have received the Secretary-General (SRSG) certificate in 2019.

She was honored for her extraordinary performance in Mission Level Studies, analysis, and other valuable contributions.

Pakistan’s female peacekeeping mission deployed in DR Congo, under Major Samia, has been lauded by the UN and US officials multiple times.

In February, female peacekeepers were awarded a UN medal at a ceremony in Adikivu in South Kivu, one of the provinces of the central African country.