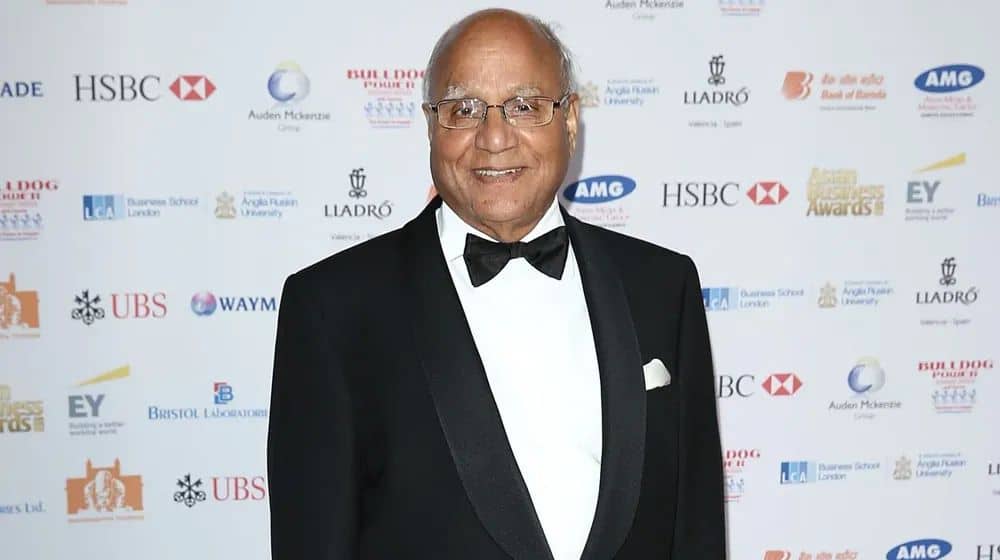 COVID-19 has impacted almost everyone. Bearing the brunt of the dire situation is Pakistani-British businessman, Sir Anwar Pervez, has posted a loss of £432 million with the overall losses reported by Britain’s super-rich people crossing £54 billion in the past two months.

Their combined annual wealth has fallen for the first time in a decade and as of now stands at £743 billion, £29 billion less than the last year.

The losses for Anwar Pervez mean that he is now listed as the 50th richest person in the UK. The founder of the Bestway Group was previously on the 42nd spot on as per the Sunday Times Rich List 2020. The website has been publishing an annual list of 1,000 wealthiest people since 1989.

Hailing from Rawalpindi, Sir Anwar came to the UK in the 1950s where he started off as a bus conductor. After working as a conductor and driver for about 5 years, he brought his relatives to the UK one by one, and in 1963, he opened a retail store in Earl’s Court where they sold halal meat and spices. His cash and carry business is now worth billions of pounds. He was also knighted by the Queen in 1999.

With an estimated wealth of  £16.2 billion, James Dyson has topped the list for the first time. He was previously at the 5th place and his rise to the top has been attributed to the performance of his business and losses reported by other billionaires.

Despite the financial crisis and the poor COVID-19 situation in the UK, London is still the billionaire capital of the world with 147 billionaires. The number of billionaires in the capital was 151 last year.