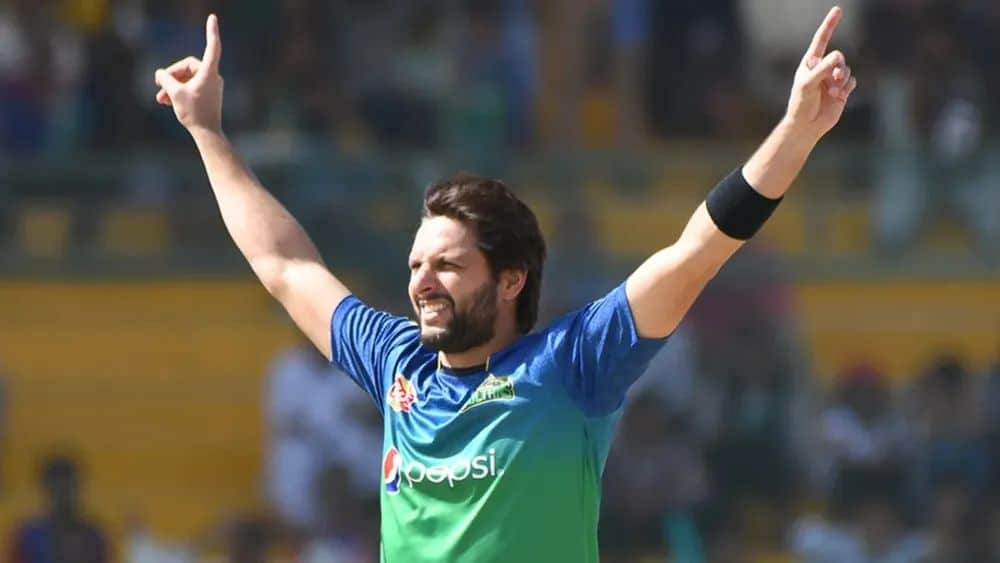 Shahid Afridi has revealed that he will be playing his last Pakistan Super League (PSL) next year. Talking to the people on his recent visit to Kashmir, the star all-rounder also requested the Pakistan Cricket Board (PCB) to include a team from the region in the league.

Boom Boom Afridi, who was a part of the Multan Sultans team in the now-postponed PSL 5, has expressed his desire to lead the team from Kashmir in his last PSL.

It is my request to PCB to introduce a team representing Kashmir in next PSL and I’ve a humble wish to lead that team as a captain in my last PSL season.

His remarks were capped by a loud cheer by the audience in Bagh who had gathered to listen to him. Here’s the video:

This is not the first time Pakistanis have requested the PCB to include a team from Kashmir in the PSL, however, there has been no progress on the proposition to date.

If it happens, it would be a huge statement by Pakistan and the PCB, especially after India’s blatant violations of human rights in the Indian Occupied Kashmir. Earlier, the PCB had said that the next PSL will not include any new teams, however, the management will look at the possible options after PSL 2021.

Afridi also bashed the Indian Prime Minister for his fascism and discrimination, which hasn’t been received well by the Indians and their cricketers.

Do you think there should be a team from Kashmir in PSL 6? Let us know in the comments section.