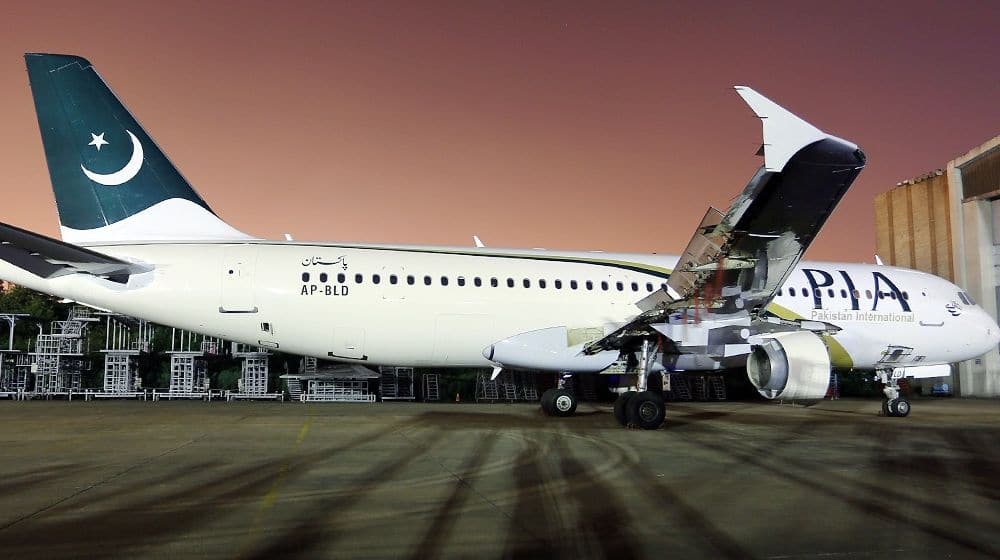 A Pakistan International Airlines flight PK8303 has crashed near Model Colony in Karachi. PIA’s Airbus 320 took off from Lahore and it crashed at around 2:37 pm on Friday, moments before landing at Karachi Airport.

As per the initial reports, 99 passengers and 9 crew members were on-board the ill-fated aircraft. More causalities are expected on ground as aircraft crashed directly into 4 houses, and damaging few more.

CAA is saying the captain contacted the control tower before crashing and issued a mayday alert — one minute before the jet crashed. Captain was heard as telling about landing gear issues and was instructed for a turn around.

This is when pilot says that engine has failed and he will try to land with the same approach.

Emergency has been imposed in Karachi’s Jinnah Hospital. 15-20 residents have been brought to the hospital in wounded condition.

Plane did touch down on the runway for belly landing the first time, but heavy jolts and sparks made the pilots lift again and retry the landing: Survivor

One of the only two lucky survivors of the plane crash, Muhammad Zubair, has revealed that it was during the second attempt at belly landing that the plane lost control and came crashing down.

After the landing gear failed and pilots resorted to belly landing, they were able to touch down the aircraft onto the runway in the first attempt at the risky maneuver.

However, informed Zubair, the jolts and sparks due to the friction were so severe that the pilots lifted the plane again to give the landing a second try.

According to Zubair, it was during the second attempt that the plane lost all control and crashed onto the buildings moments before making it to the runway again.

“All that we were told by the pilots was that we were going to land again,” said Zubair, adding that there was no word from the pilots about the emergency situation or crash landing.

After the plane’s landing gear failed, it flew very low to try belly landing where it was hit with many birds: Report

According to preliminary reports of the fateful incident, the landing gear of the PIA flight PK8303 had failed.

Left with no other chance, the pilots tried to belly land the plane, as is the standard protocol when the landing gear fails.

To try the risky maneuver, the plane had to fly at a really low height so as to cause minimum damage to the plane and people on board.

Unfortunately, as the plane ducked for the move, several birds hit it causing sudden damage to the engine(s).

The damage was so sudden and severe that the pilots could not control the aircraft anymore and it crashed on the heavily populated neighborhood, just seconds away from the runway.

PIA is taking all necessary measures to ensure the safety of our passengers: CEO

“PIA is taking all necessary measures to ensure the safety of our passengers in line with Government of Pakistan’s response to COVID-19 crisis” – CEO PIA Air Marshal
Full video link: https://t.co/CyMRR0U5MX#PIA #PakistanFightsCorona pic.twitter.com/li6AoS8lLY

Bodies of another 15 crash victims have been taken to the Civil Hospital. Injured are also being shifted to different hospitals.

Jinnah Hospital has confirmed that there are 17 dead bodies brought to the hospital. More casualties, now onwards, will be taken to the civil hospital, the local government has said.

According to details, the rescue operation could last for another 6 to 8 hours.

Army, rangers, medics, and other teams are on crash site conducting the rescue operations.

There are Few Survivors at the very least!

As mentioned below, sources from crash site are confirming that there are passengers from PK8303 who miraculously survived the crash.

One confirmed survivor is Masud Zafar, CEO and President BOP, and there are more, locals are claiming.

Pictures of Masud Zafar are shared across whatsapp, that we are holding for privacy reasons.

PK8303 Crashed less Than 1 KM Away from Runway

It appears — from video evidences — that ill fated PIA aircraft crashed less than 1 KM away from the runway.

According to a video posted from an areal video of a following landing, the flames are seen just around the corner of Airport boundary.

Also evident from the ATC conversation, the aircraft glided left — as its both engines stopped operating.

Since the flying level was very low, captains couldn’t regain the control of the plane.

Experts said that had there been some flying level, the captains could have easily glided the plane into the runway.

ARY is reporting that Zafar Masud, the chief guy at Bank of Punjab, has miraculously survived the crash is now at a hospital in ICU.

Zafar Masud was in senses and was able to make a call to her mother in Lahore from ICU, ARY reported.

From this it appears there are more survivors in the crash.

Eight Individuals are Confirmed to be Dead

At least eight individuals are confirmed to be dead, officially. These bodies were taken to Jinnah Hospital from the site where they were confirmed as dead.

It is unclear how long the rescue operation will continue, but it can be safely said that it won’t be over anytime with-in next 12-16 hours.

PM Khan Concerned about the Crash

Prime Minister Imran Khan has directed the authorities to initiate an immediate inquiry into the matter.

He condoled the families and prayed for higher ranks of those got martyred in the incident.

It is clear that plane developed technical issues, moment before landing in Karachi. Initial reports and the conversation between Captain and air traffic controller reveals that plane was unable to down the landing gear.

This is when ATC directed the captain for a turn around, but this was late as engine had failed by the time.

Captain issued a distress call immediately and said he can’t do a turn around and will try to land the plane with same approach.

It was PIA Flight from Lahore to Karachi

It is clear that aircraft was from PIA and it crashed near the runway. According to FlightRadar, jet flew from Muscat to Lahore yesterday while operating a repatriation flight.