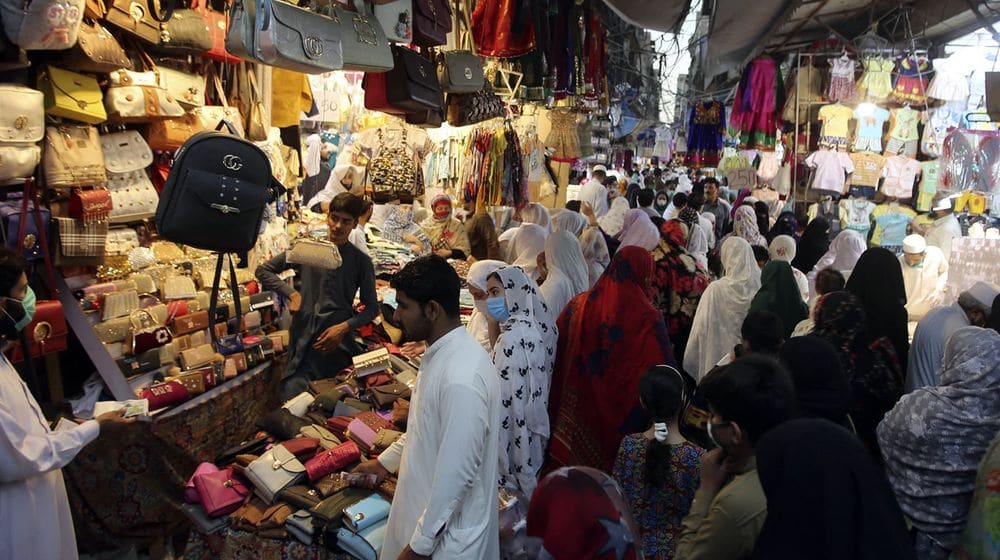 Punjab’s Health Minister, Dr. Yasmin Rashid, vented out her frustration at the worsening coronavirus situation in the provincial capital Lahore, by saying that the Lahoris belong to a different species.

She said this because the residents of the city are known for ignoring the SOPs set forth by the health authorities to contain the spread of the novel coronavirus.

Let’s first hear out her words that have sparked plenty of debate. Some are acknowledging the fact that there’s something wrong with Lahoris while others are criticizing the minister for her remarks.

Dr. Yasmin has already apologized for her comments, however, the social media is rife with the debate. Ramiz Raja, a prominent name in the cricket world and a Lahori, recently started a poll to find out whether Dr. Yasmin was right or wrong.

Let’s put it to a poll then. How many of you agree with Dr Yasmin Rashid, venting her feelings at the Covid 19 situation in Lahore that Lahori, I being a Lahori too, are a different species, one of their kind👌

With close to 15,000 votes cast, the results suggest that the health minister was right in her thinking. 85% of the voters have agreed that Lahoris are one of a kind species whereas the remaining 15% are angry at her statement.

The matter became an instant meme on Twitter and everyone’s sharing their views on her words.

I am a Lahori, belong to her constituency and I admit she is right. Lahoris are Jahils and Dumb. If you ask them to wear a mask, they will make a fun of you

This is what Yasmin Rashid meant when she said Lahoris are jahil. Btw this video is a month old pic.twitter.com/0vuNUhWc5b

never knew Yasmin and I had the same opinion on Lahoris https://t.co/mD2PyB1HRW

Did she say anything wrong? Not only lahoris, we all are into this. We take everything as a joke and when things get worse, we start taking it seriously. https://t.co/6ER1f34u72

Why are Lahoris getting offended on being called Jahil…..apni sarkon aur public places ki halat dekho phir offend ho…jahalat toh koot koot k bhari hai.
P.s I too am a lahori so dont come at me with ur dumb arguments

govt telling lahoris to stay at home, be safe https://t.co/BAFZHu8eUw

Lahoris are actually a strange and beautiful creature. I have seen Lahoris smiling and embracing the statement of Dr Yasmin (even the staunch critics of PTI) in the simplest way saying: "te mama o kerha Peris di aye"

Lahore is called "Pakistan ka dil" for a reason. https://t.co/BMV6E5f7f2

What are your thoughts on the matter? Let us know in the comments.