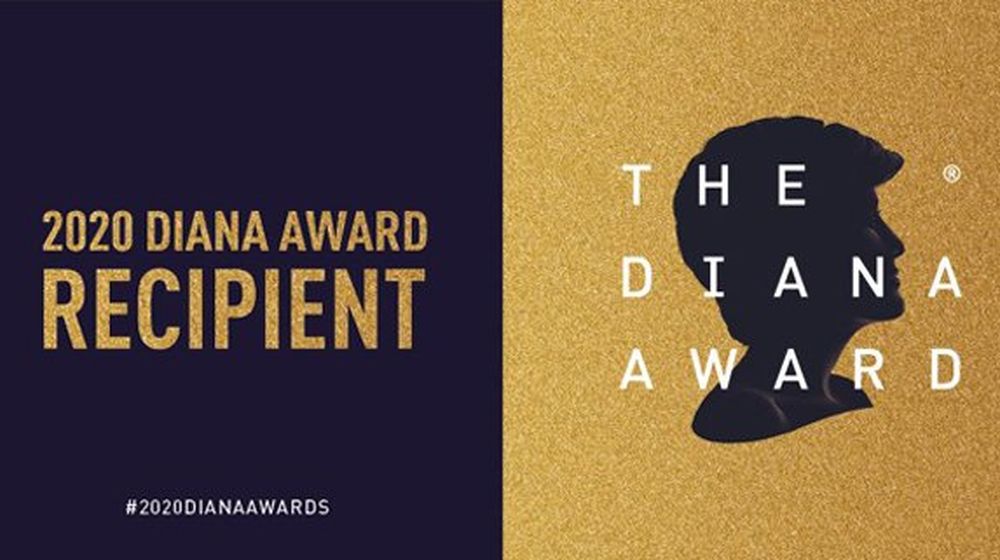 Five Pakistanis have won the prestigious Diana Award 2020 for their services to the marginalized segments of the society.

Raina Khan Barki and Nabila Abbas, Mohammad Ahmad Toor, Umar Mukhtar, and Muhammad Shoaib have been picked as winners of the award by the renowned charity set up in memory of late Princess of Wales, Lady Diana.

Let’s have a look at why these youngsters won the coveted award as per their official website:

At the age of just 18, Raina Khan has already been voted as one of the 50 most influential women in Pakistan thanks to her efforts in female empowerment, health and hygiene, free education, and social entrepreneurship.

As founder and CEO of the ‘Zenana Foundation’, a youth non-profit, Raina has worked with hundreds of fundraisers and volunteers around the globe to set up free schools, start a skills training program for women and build an online marketplace for trainees to sell sustainable garments.

These all facilitate self-sufficiency for young girls whilst also promoting environmental protection and sustainability.

Nabila made it her mission to educate women and girls growing up in rural Pakistan, empowering them to achieve their ambitions. Nabila, from rural Pakistan herself, believes that women and girls shouldn’t be at a disadvantage due to economic and political instability, or educational and cultural constraints.

Through her own determination and drive, Nabila is now studying Aviation at university and is using her global platform to represent girls in rural Pakistan.

In 2019, she spoke at ‘The International Congress of Youth Voices’ in the USA, sharing her own story to inspire others. Nabila also created the initiative Aviation Literary Forum, which provides a space to encourage other girls to realize their dreams.

After growing up as the son of a teacher in a low socio-economic community in Pakistan, Mohammad experienced the importance of a good education firsthand.

He joined MAPS in 2013, a youth-led organization that empowers young people to pursue further education. To date, Mohammad has organized over 250 community empowerment seminars on the importance of, not just education, but physical and mental health, and the need to build a stronger society in which everyone supports one another.

Mohammad is also the youngest Pakistani to speak at the United Nations as an official delegate from his country and continues to inspire other young people through his work.

Empowered by the adage ‘knowledge is power’, Umar seeks to end inequalities through the power of literacy. His earliest initiative, the ‘Kitaab Foundation’, stocked under-funded schools across Pakistan with tens of thousands of books.

Whilst Umar’s Sadaqat Foundation raised $30,000 to build schools in areas where young people were lacking access to quality education. A young teacher himself, Umar has inspired many young people to enjoy their education and break away from rote learning.

Faith and perseverance have led Umar to success in these projects, despite facing skeptical responses along the way. He is now known as an inspiration in his community.

At just 24, Shoaib is CEO of ‘Kurram Welfare Home’, an NGO set up to counter violent extremism in Pakistan.

After realizing the law of Pakistan FATA (Federally Administered Tribal Areas) was different from the rest of Pakistan, Shoaib saw that many young people were struggling to access justice systems were experiencing gender inequality and had limited rights to land, education, and health.

This was the catalyst for Shoaib to establish his NGO to motivate young people to use their skills to tackle these issues head-on. To date, Muhammad has supported over 500 young people to promote peace across various sectors, including health, education, disability, sports, and democracy.

What are your thoughts on their achievement? Let us know in the comments section.