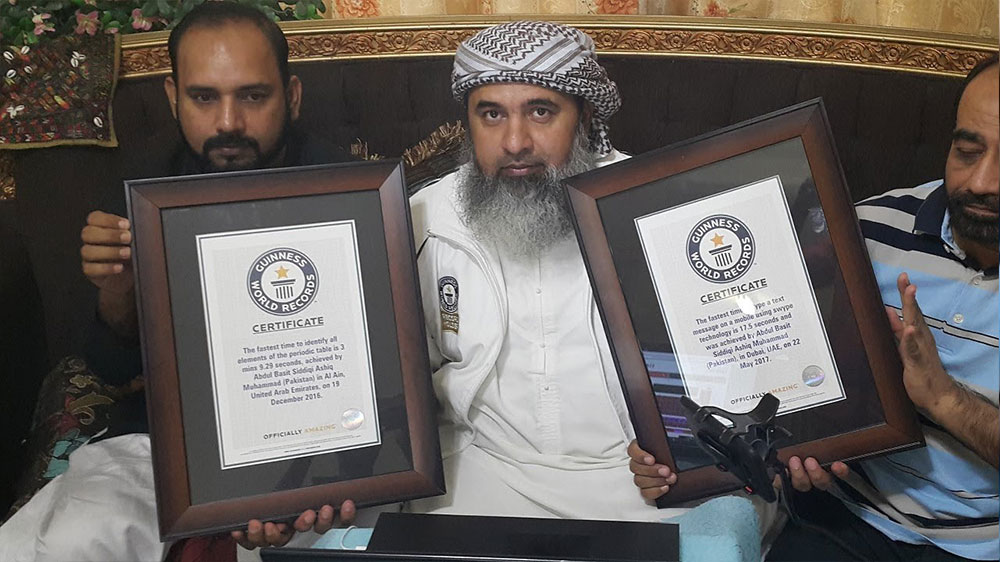 Abdul Basit, Pakistan’s very own Guinness World Record-maker, has just made another record — he has reclaimed his earlier title by beating the fastest time to identify all elements of the periodic table.

Abdul Basit Siddiqi is a memory genius with a flair for mental calculations. An MBA from IBA, he now lives in Dubai and teaches at an American institute. He also has his own YouTube channel called NumberTainment, where he teaches how to master the numbers.

And, in his spare time, he makes Guinness World Records.

Last December, he attempted and succeeded in setting the record for the fastest time for correctly identifying all the elements in the periodic table. That’s when he decided that he won’t stop there, and will keep making records every few months and so. True to his word, he set the fastest time to type a text message on a mobile phone using Swype technology in May.

“I am happy that Allah SWT has made something that, people dream of getting once in a lifetime, easy for me,” shared Abdul Basit.

His first record, however, was broken earlier this year by Dipesh Bhandari (Nepal) in Kathmandu, Nepal, who set a new record time of 2 min 46.5 seconds. Not willing to let it stand, Abdul Basit decided to give it another go.

“Whenever this record is broken, I’ll take my title back.”

On 22nd of September, 2017, Abdul Basit attempted to reclaim his record. Guinness World Records finally got back with the confirmation this week with the new record time of 2 min 37 seconds by Abdul Basit, making this his third successful record attempt in a row.