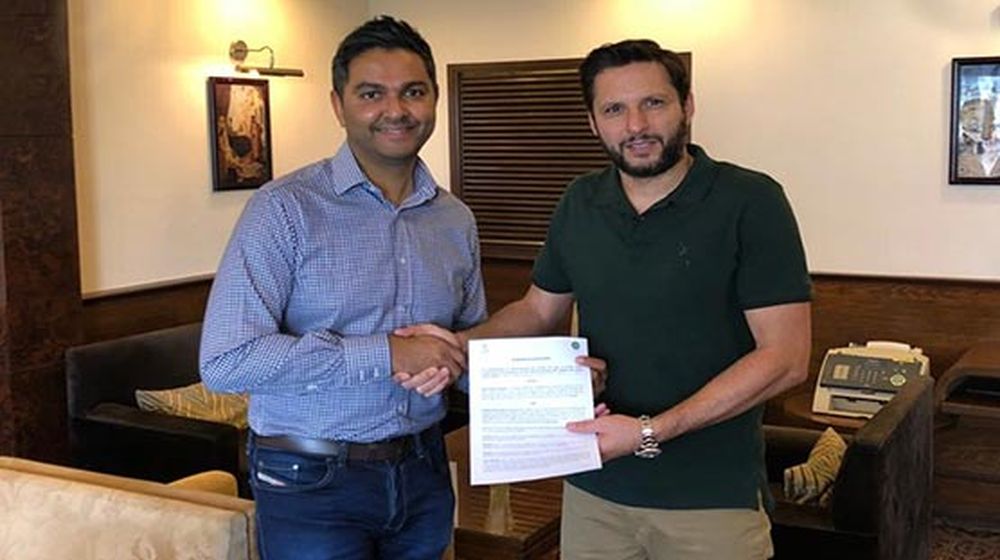 Pakistan cricket team is currently struggling to find a suitable sponsor and it will wear Shahid Afridi Foundation’s (SAF) logo on the playing kits in the upcoming England series.

The charity, run by Shahid Afridi, is the charity partner of the Pakistan Cricket Board (PCB) after the two inked a partnership deal last year in May for a period of two years. Star all-rounder, Shahid Afridi, made the announcement on Twitter, saying:

We’re delighted that the Shahid Afridi Foundation logo will be featured on the Pakistan playing kits since we are charity partners to the PCB. Thanking Wasim Khan and the PCB for their continued support and wishing our boys all the very best with the tour.

Pakistan’s previous sponsors, Pepsi’s contract has already expired and the PCB is currently looking for sponsors for the side. Surprisingly, only one company has participated in the bidding process until now, has valued the deal at a startling 70% less than the previous one.

Umar Akmal is Like Afridi & Shoaib But Hasn’t Been Treated Right: Kamran Akmal

As of now, the team will only wear SAF’s logo, however, PCB is confident that the sponsorship deal will be finalized before the start of the England series in August.

Pakistan will face England for a three-match Test series starting 5th August as well as 3 T20Is.