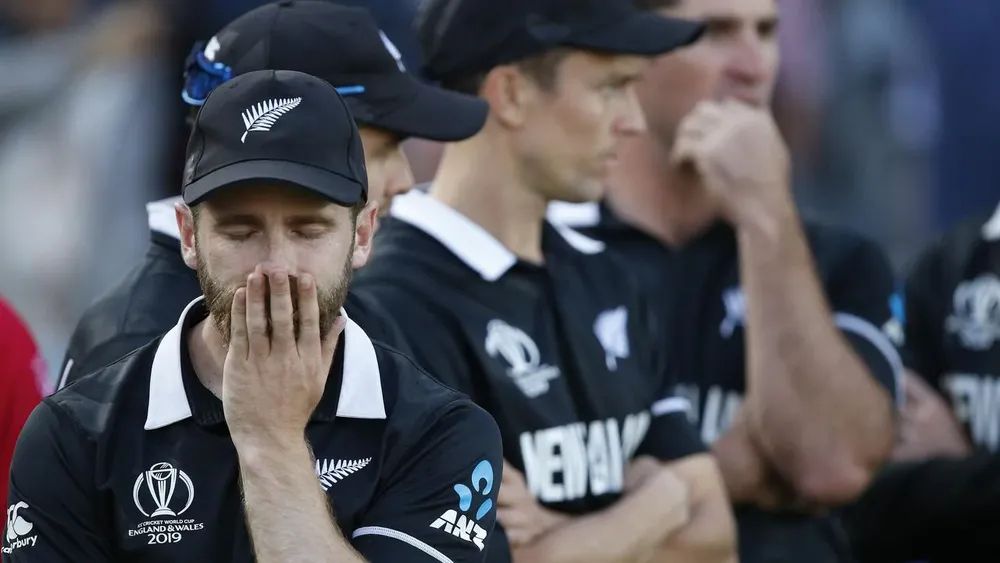 There are moments in one’s lives that are forever etched in memory. Winning a Cricket World Cup is special and thus the 1992 World Cup will forever be cherished by the cricket fans in Pakistan.

There are moments though that are celebrated and never forgotten by cricket fans across the globe. The last hour in the 2019 Cricket World Cup final in 2019 kept everyone on the toe-end of their seats as cricket lovers were glued to their television screens.

Mickey Arthur Opens Up on His Sacking as Pakistan Head Coach

A six that wasn’t a six and a win that wasn’t a win heralded England’s reign as the World champions for the very first time in history.

It’s a game invented by the English, but there are still question marks over the foolish boundary count rule that won them the trophy. In a parallel universe, the Kiwis would have been crowned champions if it wasn’t for the 6 runs on an overthrow that hit diving Ben Stokes and rolled over to boundary line. The umpire signaled six runs and millions of hearts across the globe sank. New Zealand-born Stokes apologized straight away, but, he got lucky and so did England.

To add to the agony of New Zealand fielders and fans, six runs, instead of five, were awarded on overthrows. The umpiring error by Kumar Dharmasena proved to be a pivotal point in England’s road to victory. Legendary umpire, Simon Taufel, later confirmed that five runs should have been awarded as per the laws of cricket.

According to Law 19.8, pertaining to “Overthrow or wilful act of fielder”, the second run shouldn’t have been included which meant that 5 runs should have been awarded to England; 4 overthrows and 1 run which was completed by the batsmen.

If the boundary results from an overthrow or from the wilful act of a fielder, the runs scored shall be any runs for penalties awarded to either side, and the allowance for the boundary, and the runs completed by the batsmen, together with the run in progress if they had already crossed at the instant of the throw or act.

There were so many ifs and buts in the game which made the final a truly remarkable spectacle. Had Trent Boult caught Ben Stokes on the boundary, the result would have been different. Instead, he stepped on the boundary cushions, making the equation slightly easy for England.

It was meant to be the last ball of the World Cup. But, it wasn’t. England needed two to win and their best man on the day, Ben Stokes, didn’t take the risk of a big shot.

“After 7 weeks, we are not done yet”, Nasser Hussain added.

Fast forward to the last ball of the Super Over. New Zealand had to get two to win their first-ever World Cup title. England had to defend. All those memories of losses in the finals of mega-events would have crossed the minds of all England players.

This is the moment. It’s Archer to Guptil. Two to win. Guptil’s gonna push for two. They’ve got to go. Throw’s going to the keeper’s end. He’s got him. England have won the World Cup by the barest of margins, by the barest of all margins. Absolute ecstasy for England. Agony … agony for New Zealand.

“What a way to end the game. Truly remarkable scenes”, Nasser Hussain, the former England captain, chipped with a cheerful voice.

In a fair world, a tied Super Over would have resulted in another Super Over. But, it is a cruel world. Ask a Kiwi fan how he [or she] felt that day when Kane Willaimson kept his cool despite seeing the trophy being awarded to the hosts on boundary count.

PCB Made Over Rs. 1 Billion Profit from the 2019 World Cup

One year on, the controversy is still there. The rules are still the same. England are still the World champions, and they will continue to enjoy it until 2023. New Zealand will have to wait longer for their first World Cup triumph, but, 2019 was the closest they ever got to clinching the coveted trophy. They didn’t lose the final, but, they didn’t get the trophy either.

The smiling Williamson at the post-match press conference won everyone over with his spirit of fair play. Imagine the chaos if India or Australia had lost the mega event’s final in such a manner. The rules would have changed, the World Cup would have stand canceled and England would still be waiting for their first World Cup title.

Do you think England’s World Cup win was fair? Let us know in the comments section.