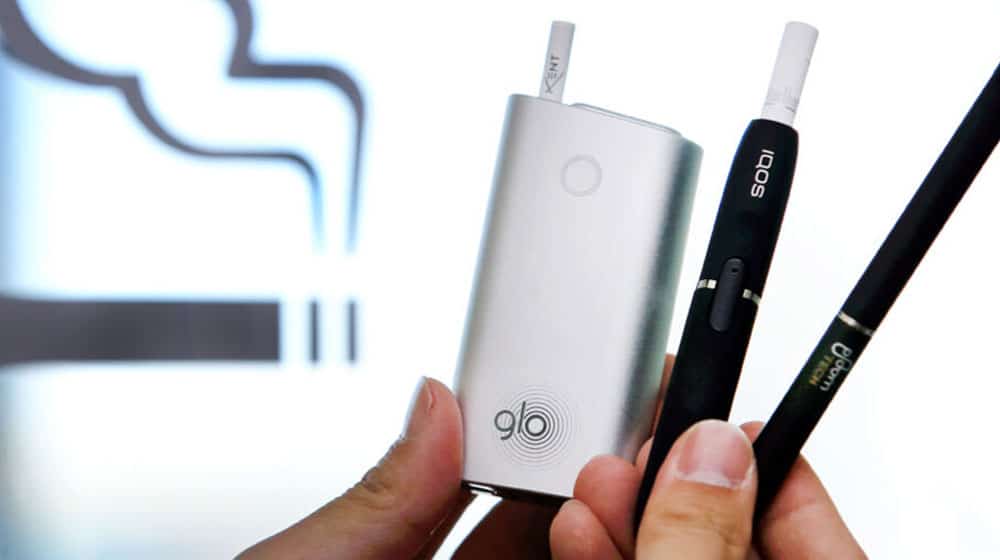 Considering the growing trend for less harmful tobacco products, major tobacco giants in the country are planning to launch the latest heated tobacco devices in the country.

Sources privy to the matter have revealed that the tobacco companies have already activated their lobbies in the power corridors for a policy in this regard.

E-cigarettes are considered 96 percent safer than traditional ones, a source said, adding that such devices are also being sold in Pakistan.

Vaping Related Health Issues On The Rise in Pakistan: Report

While the online sale of these products is non-duty paid, the government could earn billions in the levy by regulating these products, he said. ­

Another source said that the heated tobacco products will soon be available in Pakistan, adding that a brand called ‘Switch’ is already selling e-cigarettes in the country.

Speaking on the condition of anonymity, an official of Philip Morris International said that the government should legalize the sale of e-cigarettes as it will also encourage smokers to shift to less harmful tobacco products.

A policy in this regard will not only provide people an alternative to traditional cigarettes but will also counter the smuggling of e-cigarettes into the country.

Last week, the US Food and Drug Administration (FDA) authorized the marketing of the Tobacco Heating System as modified risk tobacco products (MRTPs).

Commenting on the development, Mitch Zeller, director of the FDA’s Center for Tobacco Products said:

The marketing of these particular products with the authorized information could help addicted adult smokers transition away from combusted cigarettes and reduce their exposure to harmful chemicals, but only if they completely switch.

Researchers understand that almost all of the harm to a smoker’s body is caused by the thousands of toxins in smoke produced by burning tobacco. It is now a fact that ‘smokers smoke for nicotine but are killed by tar.’

Increasing Tobacco Advance Tax is a Death Sentence to Farmers

Here is how the UK Royal College of Physicians puts it:

If nicotine could be delivered effectively and acceptably to smokers without smoke, most if not all of the harm of smoking could probably be avoided.

It is said that the e-cigarettes (vapes, snus, and heated tobacco products) are only 4 percent as harmful as regular ones. With nicotine patches, the risk goes down to as low as two percent.