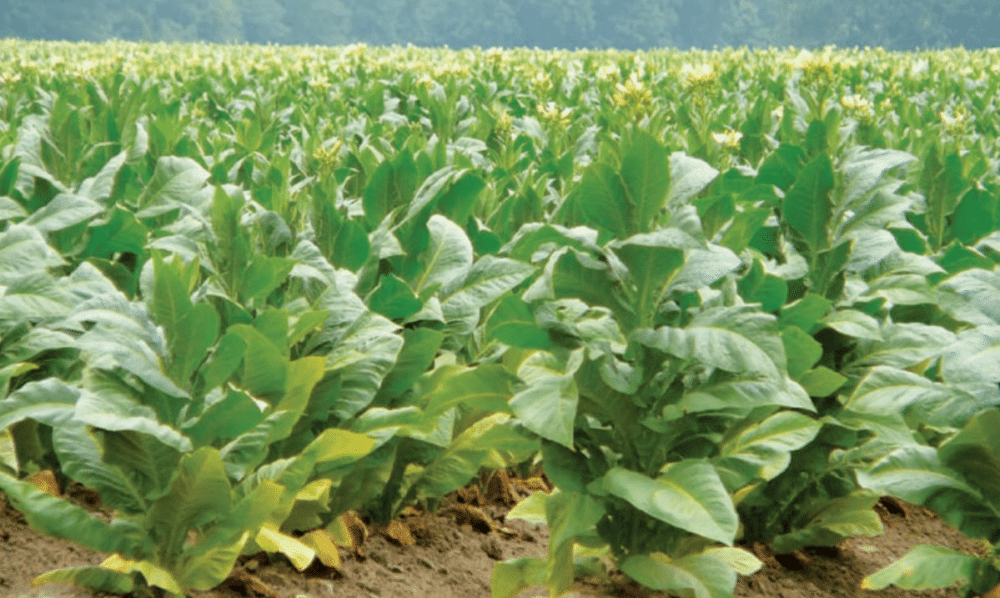 The imposition of an additional tax of Rs. 500 per kg from Rs. 10 on tobacco buying is on the cards in federal budget 2020/21. The strong lobby of multinational tobacco companies backed up by the decision-makers within FBR likely to bring the end to the local tobacco manufacturers and growers.

In a recent press conference held at National Press Club, Islamabad, the representatives of various industry labor unions and farmers associations of KP requested the federal government not to impose such tax as they are already been exploited by the multinational companies on tobacco buying and mass retrenchments from factories.

Sources close to these developments revealed to this scribe that the multinational tobacco companies, before every budget, pull its strings to manipulate the ground realities through every possible medium thus getting desired results from the federal and provincial governments in budgets just like in 2017 to successfully pull the third tier.

Even this year, a massive campaign is being run on different mediums including print, electronic and social media to build the opinion in their favor and pressure government officials. The two multinational companies, through its latest budget proposal, urged the federal government to increase the ratio of advance tax from Rs10 per kg to Rs500 per kg in the next budget. The reason given to support this proposal is “to document this sector,” which can be done with Rs10/kg as well.

The representatives of unions and associations of KP believed that these multinational companies usually insist the government have an unlimited tax imposed on dry tobacco leaf so that the tobacco purchasers or small manufacturers get out of the market thus to have a complete hold over tobacco buying in the country.

“Every year right before the budget, we see big-budgeted media stories that directly favor the budget proposal submitted by multinationals to the FBR. This clearly shows that the nexus of multinational companies are getting stronger with every passing year through which they easily influence the decision-makers within the government tax authority,” said, President Sarhad Agriculture and Rural Development, Haji Abdul Nabi.

Farmer’s representatives showed concern that advance tax on tobacco crops will diminish the number of tobacco dealers, hence, kill the local tobacco industry and millions associated with this cash crop. It will then be convenient for MNCs to negotiate with the poor farmers. The objective of this manipulation is also to full fill the company’s objective to import tobacco from the other countries of the multinationals to increase profits.

Industry experts suggested that in a bid to increase revenues from the tobacco sector, the government should take stern action against the nationwide sale of smuggled and illicit cigarettes and increase taxes on tobacco packs. Tobacco farmers of the region are already trying to cope with the challenges such as less than 40 percent of the wheat crop this year due to different calamities like unusual rains topped with unexpected hailstorms.

Sadar Anjuman Tahafuz-e- Haqooq-e- Kashtkaran Haji Naimatullah said, “Global virus has badly impacted every single bread-earner of the country. If the government increase taxes, it would add further to the miseries of a daily wager as well as a tobacco farmer which is a cash crop, our lives depend on it.”

The farmers and industry workers also met with Ms. Shandana Gulzar Khan- MNA- head of the sub-committee of the special committee on agricultural products, and the Chairman-Pakistan Tobacco Board. The two officials also have shown grave concern over the imposition of Rs.500 per kg advance tax on tobacco. The PTB chairman assured that the board objects the imposition of advance tax on the tobacco farmers. On this occasion, MNA Shandana Gulzar said, “the welfare of the farmers is among the top priorities of the PTI government.”

Tobacco farmers and the industry labor play a vital role directly for the Pakistani tobacco sector and indirectly towards the national economy. Imposing a tax on cigarette pack is another option which can help increase government revenues from the tobacco sector.