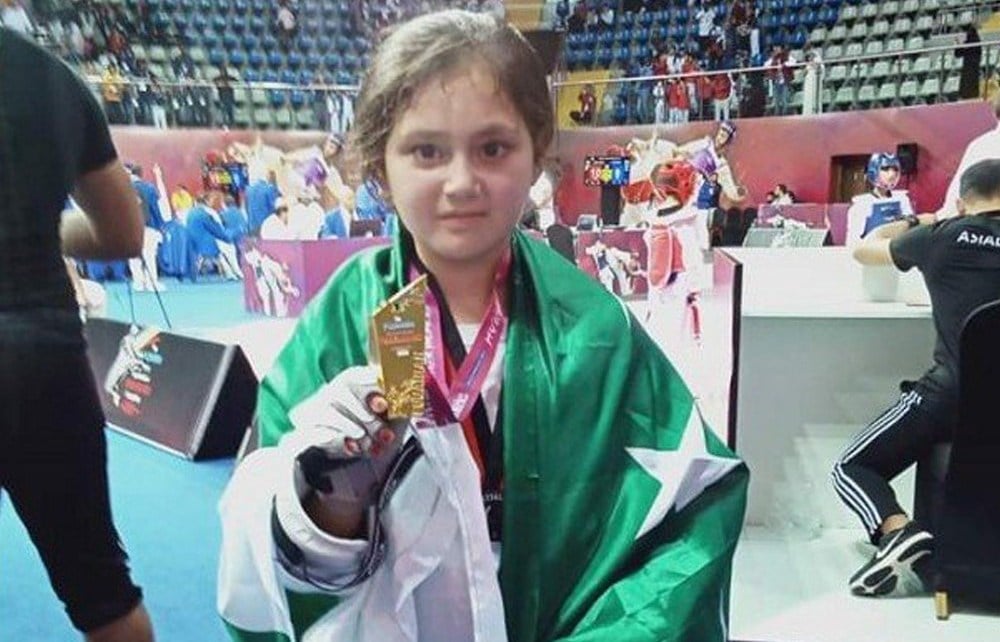 Pakistan’s youngest Taekwondo star, 9-year-old Ayesha Ayaz has made her country proud by winning a gold medal at a mega international Taekwondo championship, the 8th Fujairah Open in Dubai.

The event, which took place from 31st January to 2nd February, saw 1600 athletes from 43 countries competing in different categories.

Ayesha Ayaz, who was the youngest candidate to win a bronze medal at the Fujairah Taekwondo Open Championship last year, has now bagged her first gold medal in the 34 kg category.

Here are her winning moments:

Having made her international debut only at the age of 8, the rising star aims to win a gold for Pakistan at the Olympics.

I really love taekwondo and my aim is to get Olympic gold for Pakistan.

Hailing from Swat, Ayesha came to limelight last year when she dedicated her win to Prime Minister Imran Khan as she eagerly waited for the moment to show him her medal.

What are your thoughts on Ayesha’s achievement? Let us know in the comments section.