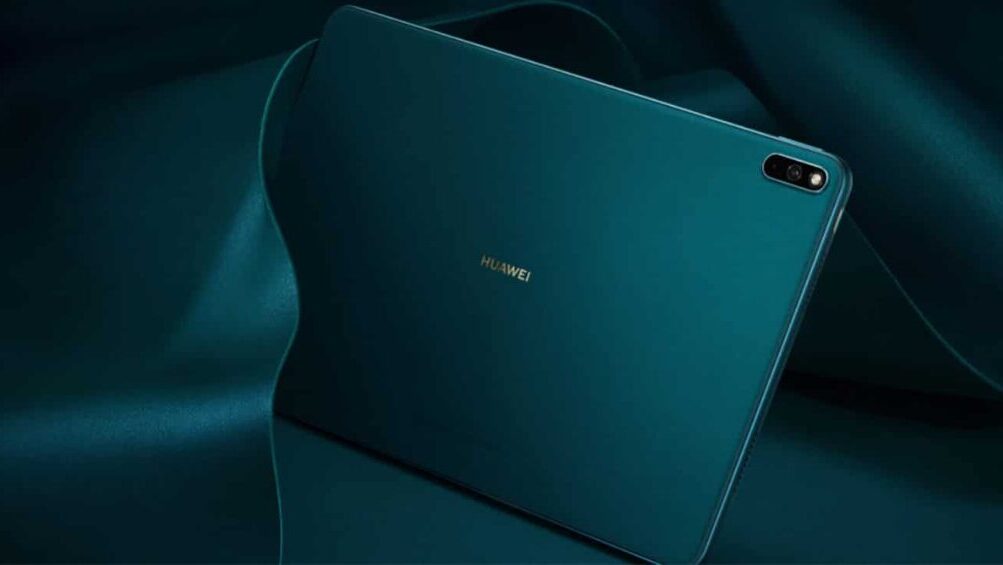 Huawei’s recent launch conference unveiled a variety of new products including the Ryzen edition for MateBook D 15, Huawei Kids Watch 4x, and updated model for the 10″ MatePad. The new variant looks no different from the previous, but does bring several improvements under the hood, such as a flagship SoC, more memory, and a bigger battery with faster-charging speed. 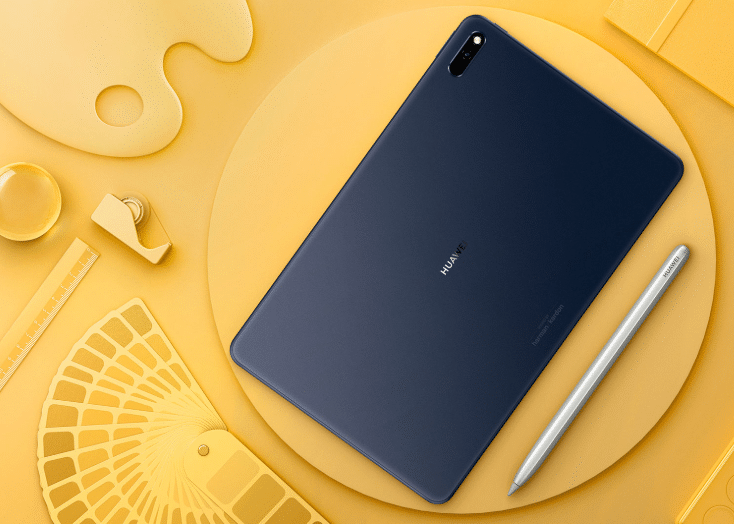 The tablet has a slightly bigger 10.8-inch LCD with 2K resolution and 280ppi pixel density. As mentioned before, the design is still the same as before with thick surrounding bezels housing the front camera instead of a punch-hole cutout, a far smarter decision since enormous punch-holes on tablets make no sense. The MatePad has an aluminum rear panel and an aluminum frame.

There are pogo-pin slots on the edges to attach a keyboard and the tablet is also fitted with quad-speakers by Harmon Kardon. This is paired with Histen 6.1 sound effects for audiophiles.

The Kirin 810 SoC from the previous model has been replaced with the flagship Kirin 990 chipset. Storage options now go up to 256GB, but the maximum amount of RAM available is still 6GB. The storage can be expanded with a microSD card.

The front camera is still the same 8MP unit, but the primary camera on the rear has been upgraded to 13MP. The rear camera, of course, features autofocus, whereas the front-facing camera does not.

The battery department has also received a slight upgrade. There is now a 7,500 mAh battery cell under the hood which is equipped with 22.5W fast charging.

The Huawei MatePad 10.8 will go for sale on August 13 with a starting price of only $342. Just as before, this one will also be available in white and blue colors and the M Pen stylus will be sold separately.