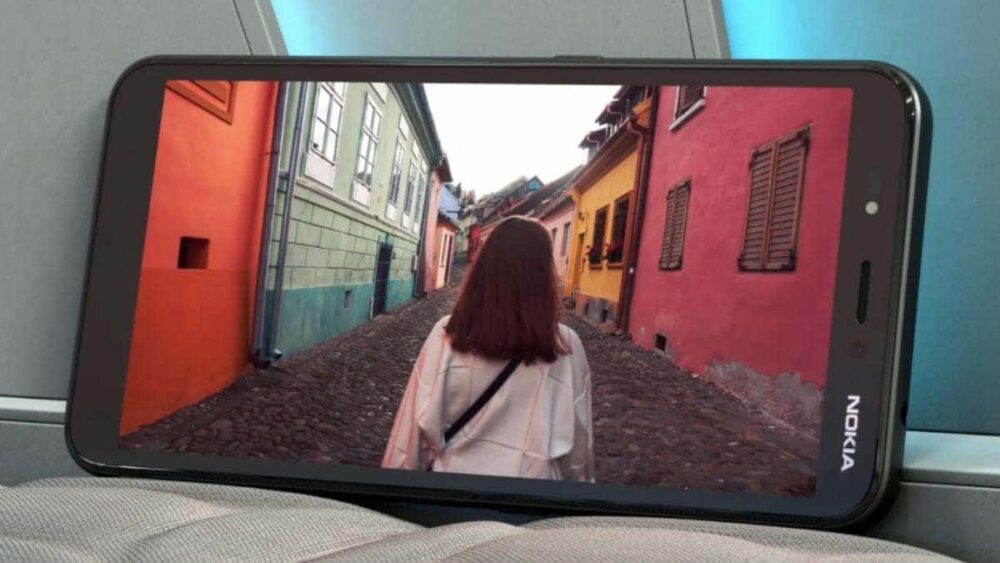 The Nokia C lineup of entry-level devices has just received its latest member dubbed the Nokia C3, which is one of the cheapest Smartphones this year. Starting at only $95, the Nokia C3 features a long-forgotten feature of classical smartphones, a replaceable battery for easier repairs and future proofing.

Nokia Launches its Most Affordable Smartphone Yet The Nokia C3 comes with a plastic build and a large 5.99-inch display that has HD+ resolution and sizeable top and bottom bezels. The back only has a single primary camera and an LED flash, but there is also a fast fingerprint sensor.

The handset will be available in Nordic Blue and Sand Gold color options.

Just like the rest in the series, this one is also powered by the Unisoc processor, which is an entry-level SoC with 1.2GHz octa-core CPU on board. This is paired with 3GB RAM and 32GB storage space which is expandable through a memory card.

On the software side, the device will come with the Go Edition of Android 10 which is a lighter version of Android for low-end handsets.

The single primary camera at the back is an 8MP shooter while the front camera tucked is a 5MP unit. There is not much detail available on the C3’s camera set up yet, but it can likely record HD videos in 30FPS.

As mentioned before, the Nokia C3 has an easily replaceable 3040 mAh battery cell, a feature that can be quite useful once the battery life starts to degrade. It takes charge using a micro USB port.

There is no word on a release date yet, but the phone will start at only $95.