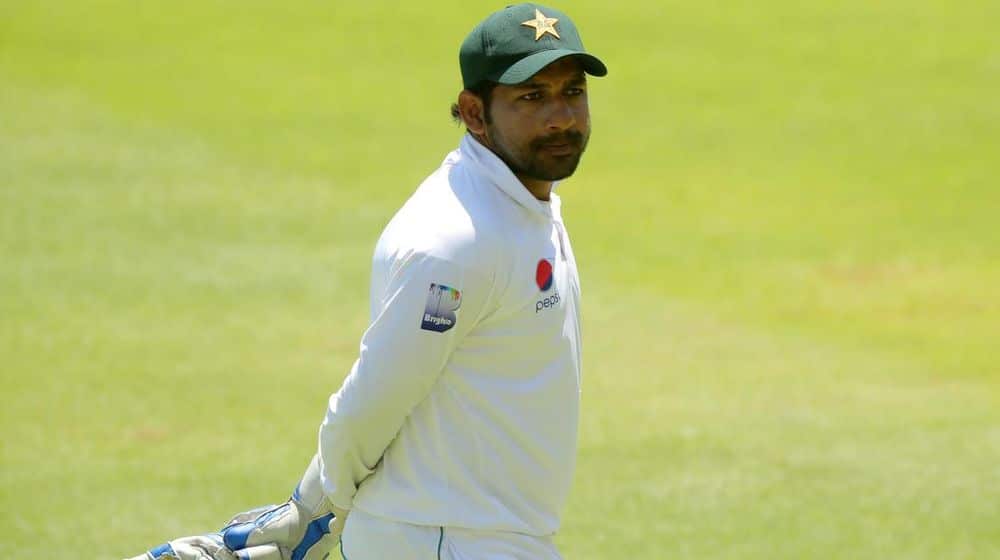 Sarfaraz Ahmed bringing water and accessories for opener Shan Masood on Day 2 of the first Test against England is a major talking point on social media.

Not just this, former cricketers, Shoaib Akhtar and Rashid Latif, have also criticized the team management for their decision to use Sarfaraz as the 12th man despite there being clarification from Misbah-ul-Haq at the end of day’s play.

Former captain and wicket-keeper batsman, Rashid Latif, didn’t like the idea of a former captain carrying drinks, adding other seniors like Mohammad Amir and Wahab Riaz weren’t even in their kits.

Senior players like Amir and Wahab who are also sitting out, are not even in their kits. They are wearing track suits. This is not team spirit, but this is greatness of Sarfaraz because he is passionate about the game. This should not have happened.

The Rawalpindi Express said that it is wrong to make an example out of a player from Karachi, adding that Wasim Akram never did the same.

I didn’t like the visual. If you want to make an example out of a boy from Karachi, then it is wrong. You can’t do this to a player who has led Pakistan for four years and has won Champions Trophy for the country. You have made him carry the shoes. If he has done it himself, then stop him. Wasim Akram never brought shoes for me.

Akhtar also bashed Sarfaraz for being a submissive character even when he was leading the team, saying he should stop doing it.

This shows that Sarfaraz is such a docile and weak man. He must have led Pakistan in the same way as he carried the shoes. That’s why Mickey Arthur always dominated him. I am not saying carrying the shoes is a problem, but former captain can’t do that.