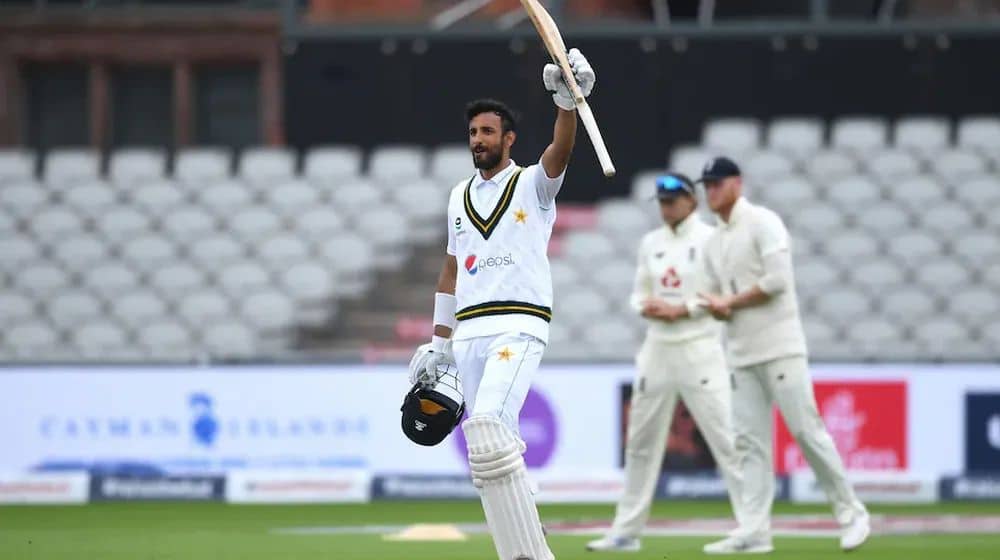 Pakistan opener, Shan Masood, has made history by scoring a third consecutive century in as many innings, joining the list of elite players to have achieved the feat.

Other Pakistanis who have scored three consecutive centuries include Younis Khan, Mohammad Yousuf, Zaheer Abbas, Misbah-ul-Haq, and Mudassar Nazar. The record for the most centuries in successive innings belongs to West Indian legend, Sri Everton Weekes, who scored 5 centuries including 4 against India and 1 against England in 1948.

Mudassar Nazar and Zaheer Abbas both did it against India, Mohammad Yousuf against West Indies, Younis Khan against Australia and Misbah-ul-Haq achieved the same against New Zealand and Australia.

Masood’s career-best score of 156 from 319 balls, including 18 fours and 2 sixes, helped Pakistan put up a good total on the board following which the bowlers did a brilliant job of removing the top 4 English batsmen in quick time. England finished the day at 92/4 with Abbas taking two wickets for 24.

I would like to see us win this Test match, and if we do, I am more than happy to consider it amongst my best innings.

Masood also became the first Pakistani opener to score a century in England after Saeed Anwar’s classical 176 at The Oval in 1996.