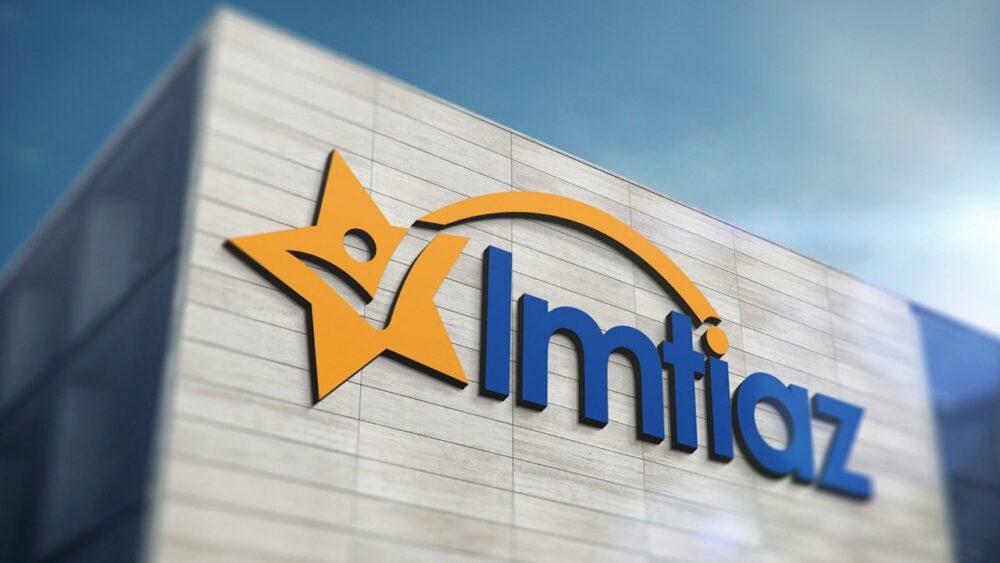 Speak of budget purchase of groceries and beyond in Karachi and the only brand name that comes to mind is Imtiaz. It’s the country’s fastest-growing retail chain that’s now turned into a household name for its convenience, competitive pricing, and an enormous variety of items to choose from. 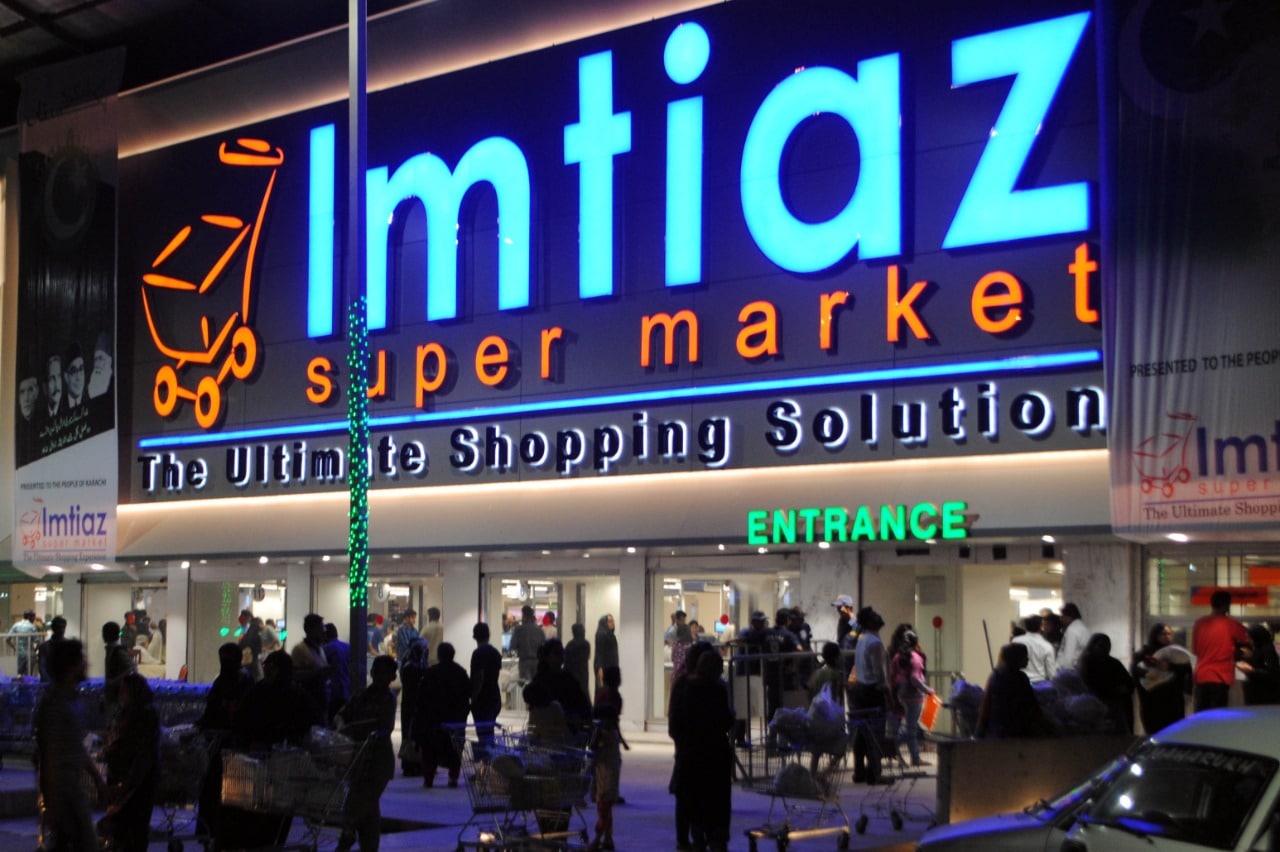 While Karachi has lovingly been a witness to the phenomenal growth of the store, the evolution and expansion of Imtiaz haven’t slowed a bit. Instead, with a refreshed brand identity, Imtiaz is all set to open many new stores across the country. 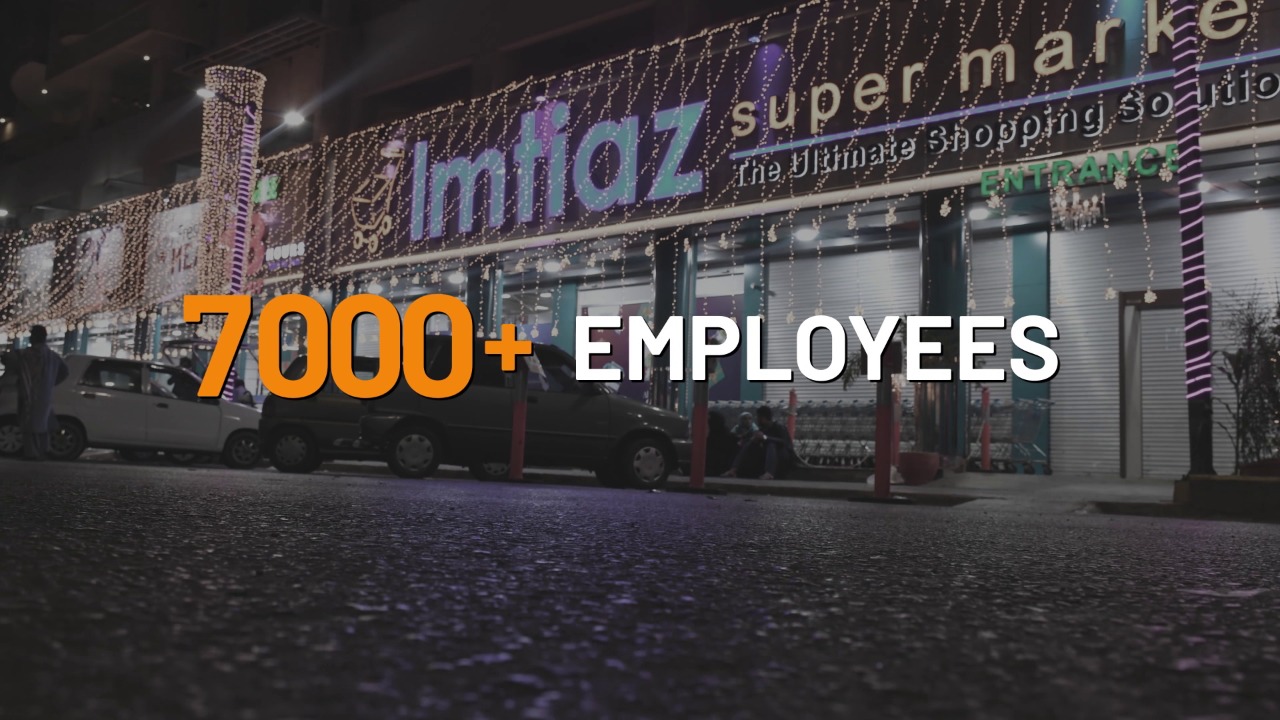 As you must have already observed, the store has a new logo, which comes with the big news of 10 new stores being in the works for launch in the near future, including a soon-to-launch Mega Store in Islamabad on the 21st of August, 2020. And just to give you a little perspective of the scale of Imtiaz’s operations, it currently operates 11 branches, employs 7,000+ workers, and has over 400,000+ loyal customers.

A venture of Mr. Imtiaz Hussain Abbasi, which started as a small corner shop, is now becoming a national phenomenon and the new brand identity is reflective of that very remarkable evolution. You may identify Imtiaz with its original shopping cart logo that also read Imtiaz Super Market. 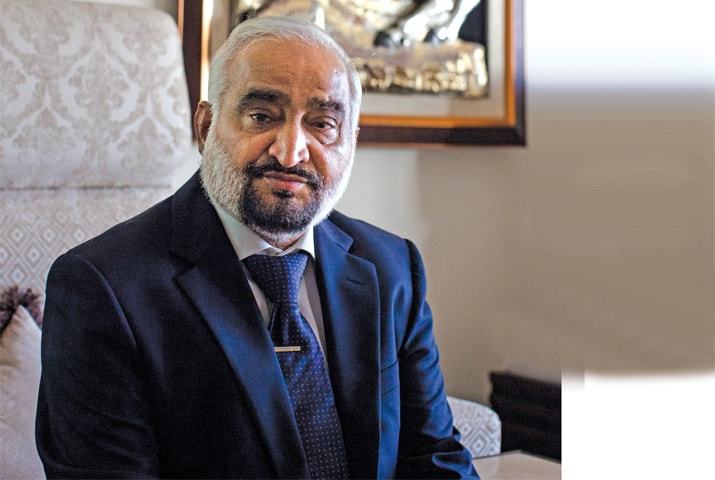 “Besides being a sign of purity and good luck, the star also symbolizes a turning point in one’s life – a change,” shares Mr. Kashif Imtiaz, Director at Imtiaz. “The joyful person shows a happy customer of Imtiaz reflecting our customer value. The tick signifies righteous business. And lastly, the arch symbolizes strength,” he adds.

Why ‘Super Market’ has been omitted from the new logo, according to Mr. Kashif Imtiaz, is simply because Imtiaz is not just a supermarket anymore; it has evolved beyond that. “We used to be a supermarket, but now there are new formats added as we move forward,” he informs. 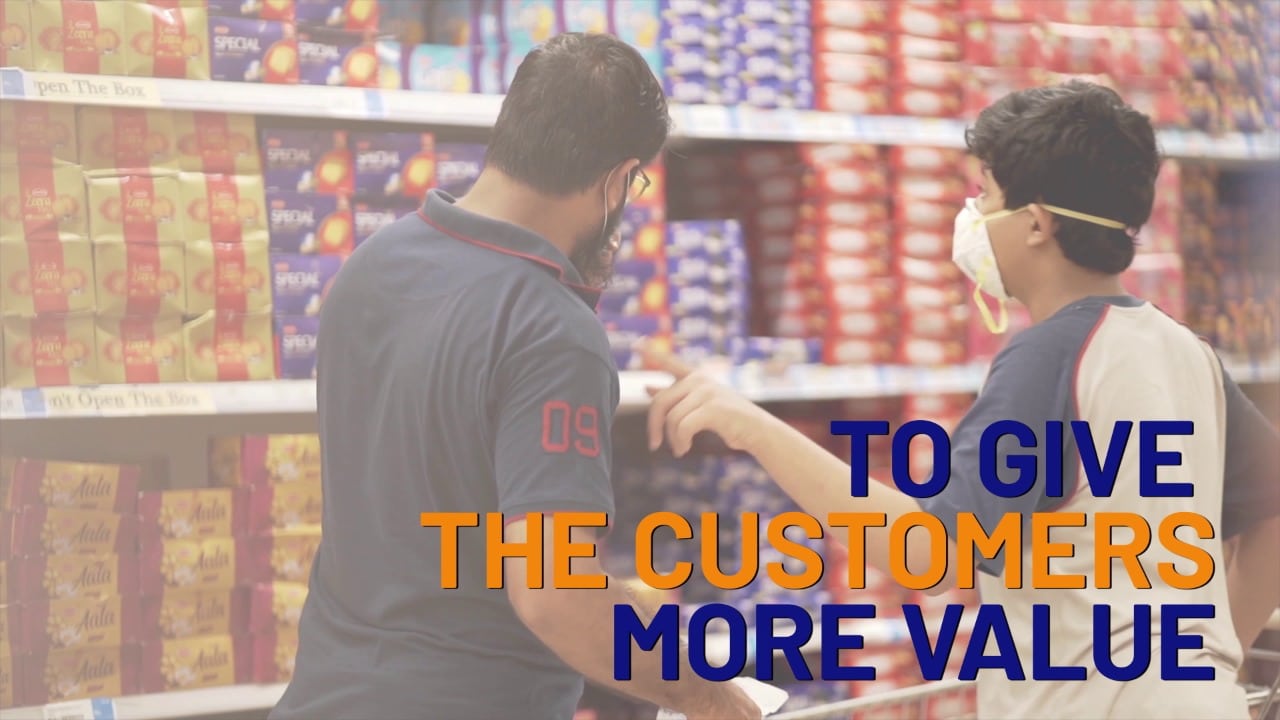 “We have IMTIAZ XPRESS – a 24/7 convenient store facility, IMTIAZ MEGA – where you can get a wide range of categories under one roof, from household items to the trendiest fashion accessories and more, and IMTIAZ SUPER MARKET – where customers get everyday convenience products with ease.”

“We have a new vision, mission, and values, and the new logo reflects just that,” adds Mr. Kashif.

Just the way Imtiaz reinvented the retail landscape in Karachi, the brand is all set to bring its unmatched and unbeatable shopping experience to other cities of Pakistan too.

Although it has had some presence outside of Karachi for a while, Imtiaz’s next new branches are going to target the people of Punjab region with new branch launches in Islamabad and Lahore. Soon, the citizens of these regions will be having a shopping experience that they are absolutely going to love. 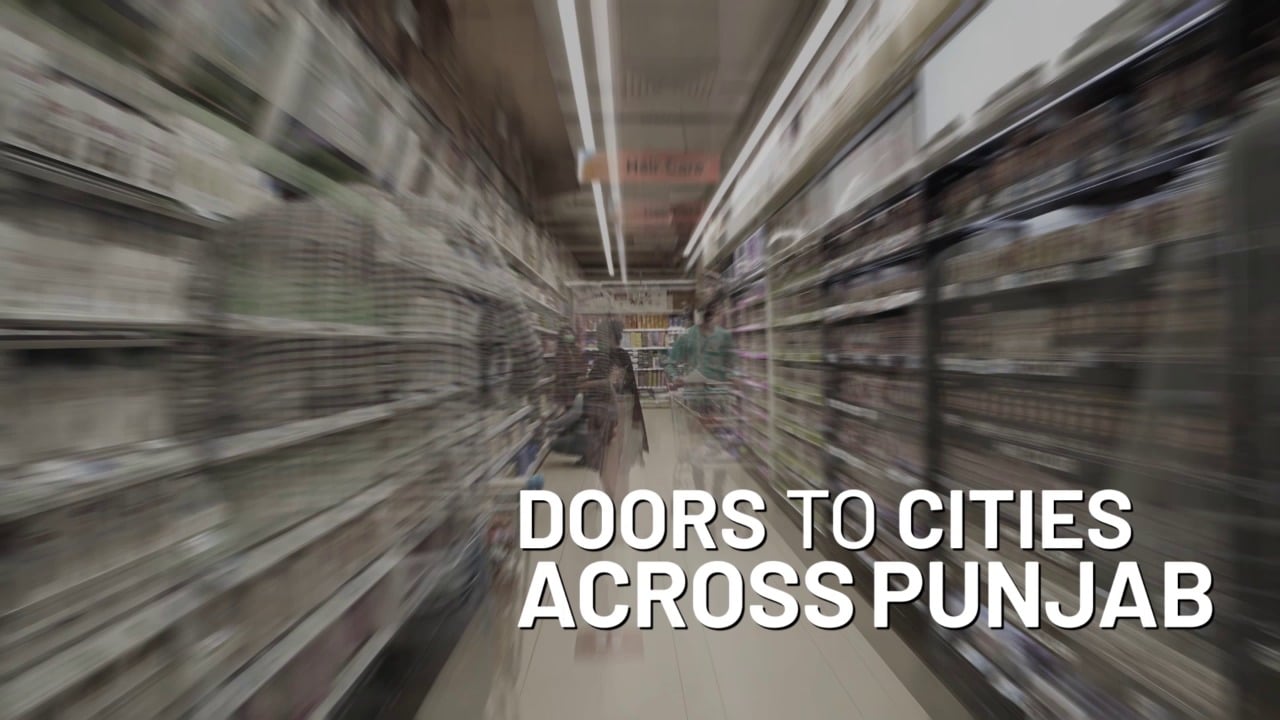 Imtiaz is bringing an “Imtiaz Mega” right into the capital. “Why not give the people of Islamabad a taste of economical, convenient, and choice-filled shopping experience too,” says Mr. Kashif. “We are bringing the lowest prices to the capital and are geared to become the city’s go-to store that serves all of its people’s shopping needs and delivers an experience that turns them into our loyal customers.”

Imtiaz is going bigger and better, but unlike other retail expansions we have seen in the past years, Imtiaz’s is not the result of a merger but a sheer evolution. It’s a hallmark that the brand has achieved with resilience, and progress that it works tirelessly to retain. And, according to Mr. Kashif, Imtiaz is only able to reach these milestones by staying customer-centric and serving people’s needs more efficiently. 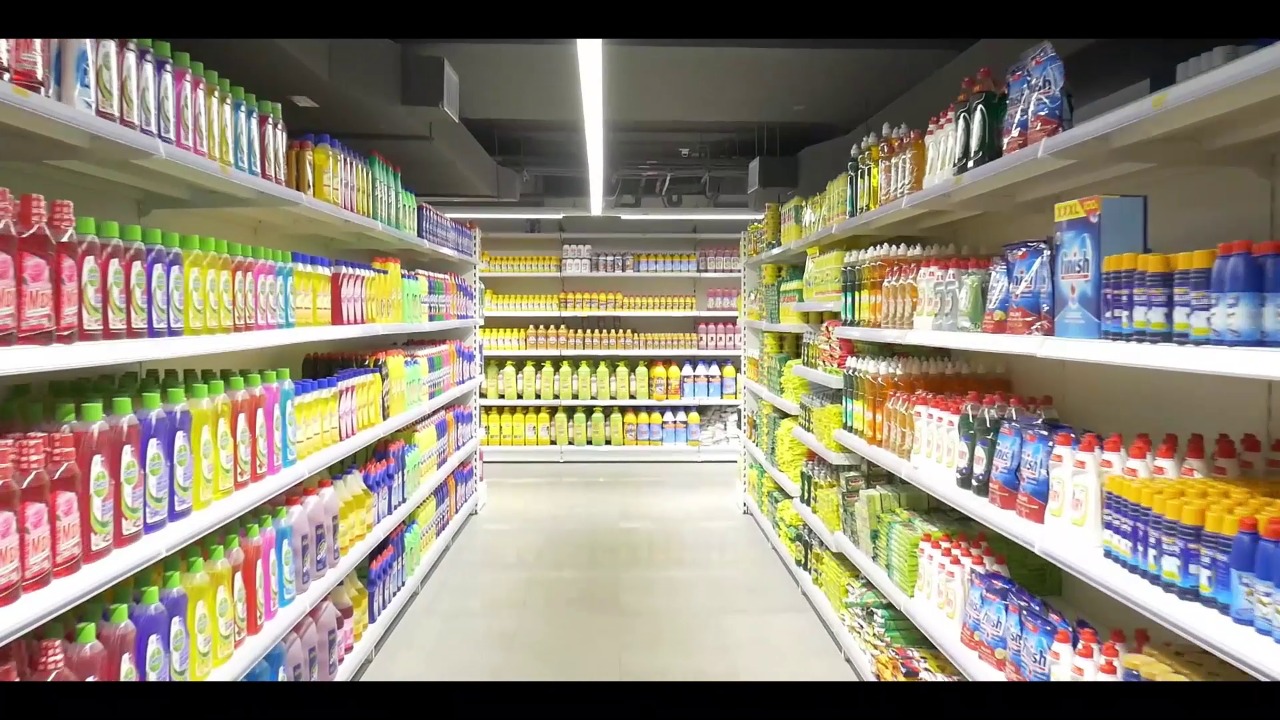 Recently, Imtiaz’s social media channels have been abuzz with the big changes coming to one of the country’s most prominent local retail brands. According to the store officials, the Punjab expansion will begin with Islamabad’s “Imtiaz Mega”, and will be followed by several new openings starting from Lahore and other cities.

So, it’s not just the old Imtiaz that you know and love. It’s the #NEWONE that is even better and ready to serve the people of Lahore and Islamabad, with other cities to follow down the road. And with as many as a total of 10 new stores about to open in different parts of the country, Imtiaz is all set to show how consumer retail is done right.