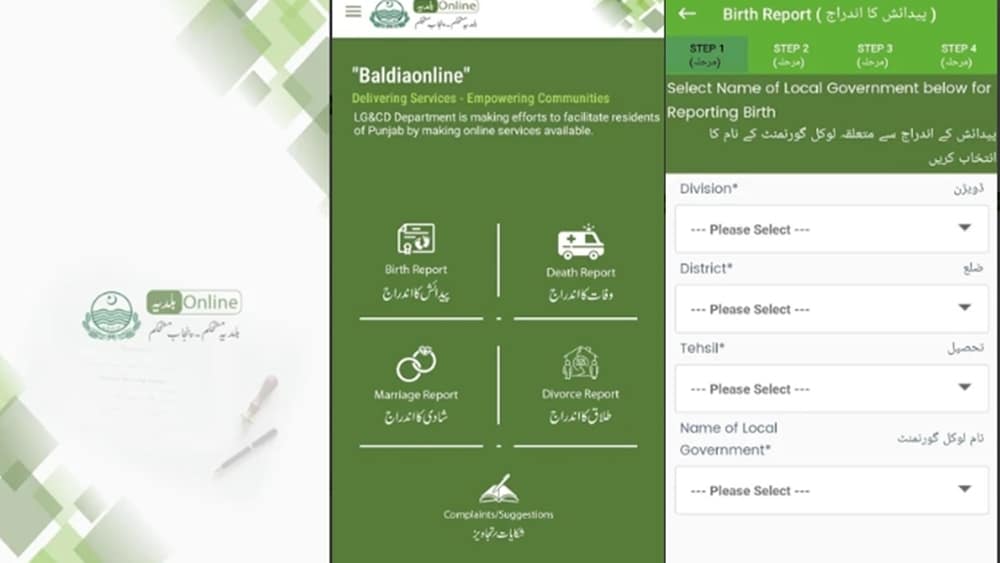 In May this year, the Punjab government announced that it was in the process of introducing a mobile application as well as an online portal to help citizens of Punjab to obtain e-birth and death certificates by registering online.

The online portal called ‘Baldiaonline’ was launched before the application in July of this year, and it already has over 145 thousand users. The app, on the other hand, was only launched last week by the Local Government and Community Development, Punjab.

Just like the portal, through the app, citizens can report a birth, death, marriage, or divorce online. Later, the local government concerned shall contact the relevant person to complete the formalities. Furthermore, residents can also launch complaints and render suggestions online through the app.

All users have to do is create an account and select the division, district, and tehsil they live in. Based on these details, future reports by the user will be sent to their respective local government.

The app will undoubtedly help a lot of people by making the registration process more accessible. Especially since users can give their suggestions and file complaints regarding the system while sitting at home. Punjab government has been doing a commendable job when it comes to making things easier for citizens via digitization. Only recently, PITB launched the RASTA app that will give users real-time traffic info for their area of interest.